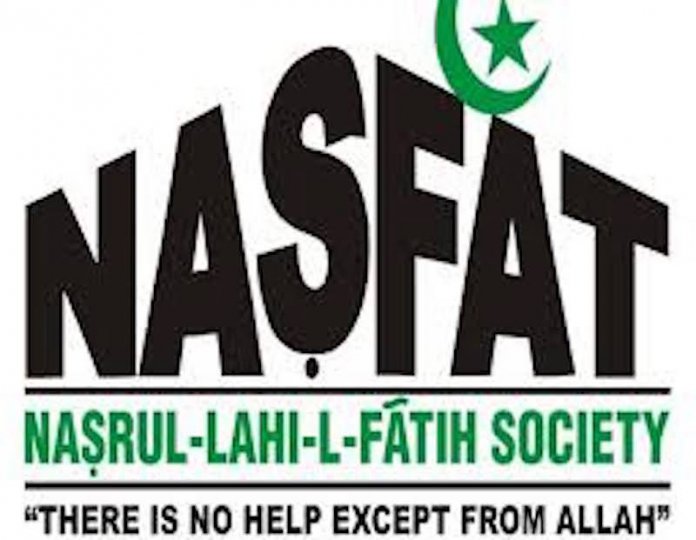 NASFAT, in a statement, described the abduction as against the tenets of Islam.

Quoting from the Koran, NASFAT Chief Missioner, Imam Abdul-Azeez Onike, said: “Islam abhors aggression in whatever form and forbids banishing people from their homes unjustly. Such acts have punishments prescribed for them under Islamic laws.

“Allah Almighty says, ‘After this it is ye, the same people, who slay among yourselves, and banish a party of you from their homes; assist (their enemies) against them, in guilt and rancour.’”

Onike stated that more condemnable is the fact that the abduction was carried out against innocent and defenceless schoolchildren.

“He is not of us who does not have mercy on young children and does not recognise honour of the elderly,” he added.

He urged all parents to share the pains of those whose children are now in captivity and to pray for quick return of the abductees.

According to him, whoever knows the kind of attachment between a child and his parent would appreciate what is going through the minds of the affected parents now.

“My appeal to the abductors is to become the one from whom compassion and love flourish and not the one who is enemy and tormentor of mankind,” he said.

Also, NASFAT President, Mr. Olaniyi Yusuf, called on government to accelerate actions to ensure that the Kankara boys are returned safely to their families.

The statement said NASFAT would continue to pray for the return of the Chibok girls, the return of all other kidnapped Nigerians and for a secured, united, just, peaceful and prosperous country.