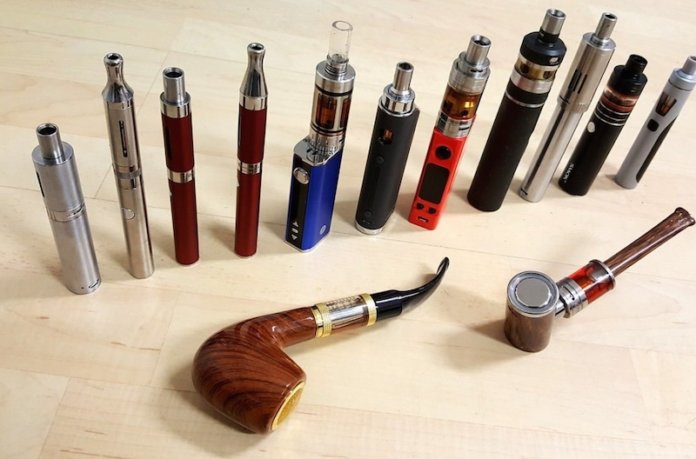 Health experts have highlighted the benefits of reducing tobacco smoking with the use of e-cigarettes.

Speaking at a virtual e-Cigarette Summit 2020, Alan R Boobis of the Imperial College London, said the liquid in e‐cigarettes, propylene glycol and/or vegetable glycerine(glycerol) was relatively non‐toxic at the levels present when inhaled over the short to medium term.

He advocated the consumption of electronic cigarettes which was considered safer than the conventional cigarettes.
This, he said, applies to both absolute and relative risk, in users and in bystanders.
He said there is uncertainty about the effects of long‐term, repeated exposure in users, nothing that nicotine has a range of pharmacological effects, including addiction.

He explained that the effects of nicotine are what can persuade a cigarette smoker to switch, hence relative risk in users switching from conventional cigarettes cf absolute risk in naïve users and bystanders will have different implications for direct impact on human health.

For instance, he said, the evidence suggests that the risk posed by e‐cigarettes to users is substantially less than that posed by conventional cigarettes, adding that currently, it is difficult to quantify precisely by how much less the risk is.

He added, “Any risk reduction will vary with the effect of concern.
The most toxic chemicals found with conventional cigarettes are either not present, or are present at much lower levels in e‐cigarettes. “

Speaking on the topic “Setting the agenda for tobacco harm reduction”, Dr Ray Niaura, said the use of e-cigarettes and alternative nicotine products causes naïve users, especially the youth, to smoke cigarettes.

He also stated that the use of e-cigarettes and all alternative nicotine products could cause smokers to fail.
He explained that ecological trends in e-cigarette use and smoking prevalence in youth across time have failed to provide confirmatory support that e-cigarette use causes smoking initiation, and, if anything, are more consistent with the notion that e-cigarette use is associated with reduced smoking.
However, he said that ecological studies of trends going back a decade found that the rate of reduction of smoking in US youth has remained consistent and has not accelerated in recent years when ecigarettes have become popular.

Female Entrepreneurs to Benefit from Directory of Business Support Organisations
A significant barrier for women entrepreneurs in Nigeria who find it difficult to access business support services, establish contacts, and obtain information has been lowered with the launch of a directory of business support organizations (BSOs).
The online BSO Directory for women-owned businesses in Nigeria was launched by the International Trade Centre (ITC) as part of its SheTrades Commonwealth project, which is funded by the United Kingdom’s Foreign, Commonwealth, and Development Office (FCDO).

“Today we are focusing on partnership for better integration of women into the economic fabric of Nigeria through connecting them to global trade,” Nigerian Export Promotion Council (NEPC) Executive Director/CEO Olusegun Awolowo said.
“Women are the backbone of practically all economies, especially the informal economy. Therefore we must join other countries by working together to boldly make women business enterprises a significant contributor to the country’s economy and revenue,” he added.

The BSO Directory, produced by NEPC in partnership with ITC, presents a profile of existing BSOs for women in export subsectors in Nigeria.
“It also provides a plethora of opportunities for women-owned businesses to contact BSOs and use their services in non-oil export transactions,” Deputy Director of Export Development and Incentives Esther Ikporah said.

“The launch of this directory is an important step towards bridging the gap between BSOs and women-owned businesses. The NEPC encourages businesses to tap into opportunities brought by the directory,” she said.

Also, NEPC Director of Policy and Strategy Ifeyinwa Evelyn Obidike said: “In tandem with mandate of NEPC and in demonstration of the council’s commitment to women’s empowerment and inclusiveness in non-oil exports, the directory is a significant milestone and a paradigm shift towards bridging the information, experience and exposure gaps inhibiting women-owned businesses in their internationalisation efforts.
“The NEPC is optimistic that the BSO Directory will fulfil its core purpose of linking Nigerian women-owned businesses to the BSOs.”

Engagement with BSOs is a crucial channel through which the SheTrades Commonwealth project aims to help develop a more gender-inclusive business ecosystem in Nigeria.
The project has delivered numerous online training courses, workshops and coaching to BSOs in Nigeria to promote more inclusive service portfolios for women-owned businesses since the launch of the SheTrades Commonwealth project in 2018.
SheTrades Commonwealth has launched BSO Directories in Bangladesh, in partnership with SME Foundation, and in Ghana, in partnership with the National Board of Small Scale Industries (NBSSI) in the past few months.