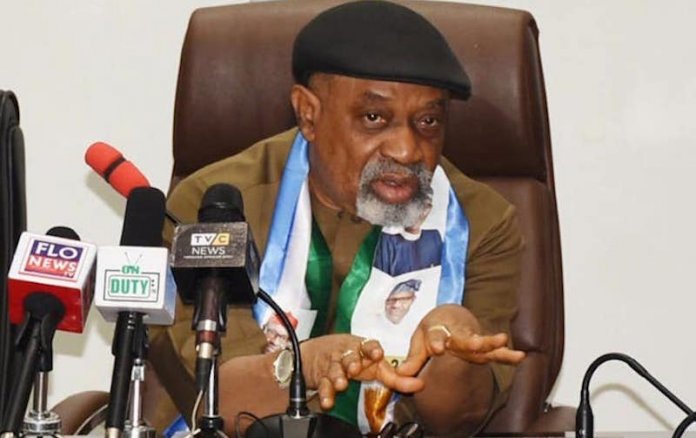 The federal government yesterday foreclosed a reversal of the deregulation policy that introduced a market reflective pricing regime for determining the pump price of petrol.

Against the background of the protest by organised labour over recent increases in the price of petrol and electricity tariff, the government said it would no longer fix the pump price of petrol, which will now be determined by various variables, including the global price of crude oil.

Minister of Labour and Employment, Senator Chris Ngige, said at the inauguration of the 23-man Technical Committee on Premium Motor Spirit (PMS) pricing framework, in Abuja, that the technical committee would work to establish a more transparent method of arriving at the petroleum product price.

“Make no mistake about it, the federal government has taken a back seat and is no longer involved in price-fixing of petrol. It did not fix the current price because it was gotten from the commercials and other market-related factors,” he said.

According to him, it is expected that the committee will work to come up with a viable framework for PMS price modulation.

Ngige said the move was aimed at bringing relief to Nigerians and consumers by bringing the pump price to N162.44k per litre.

He said that all the stakeholders – petroleum retailers, independent marketers and the Pipeline Product Marketing Company (PPMC) had approved the new price template.

NLC General Secretary, Mr. Emma Ugbaja, raised objection to the appointment of a former Group Executive Director (Refineries) of the Nigerian National Petroleum Corporation (NNPC), Mr. Azubike Anyaoku, as chairman of the committee and the initial reference made by the minister referring to the committee as a tripartite one.

Ngige, however, cleared the air saying that Anyaoku is a federal government’s nominee and that the committee is a bipartite plus.

The terms of reference of the committee include reviewing the cost of supply and incidental costs and arriving at the basis of determining market reflective pump price cap under the template of the Petroleum Products Pricing Regulatory Agency (PPPRA) Act and engaging all stakeholders to establish a price review framework.

The committee is to also carry out any other assessment that will facilitate its work.

The technical committee is expected to submit its report by January 25, 2021.