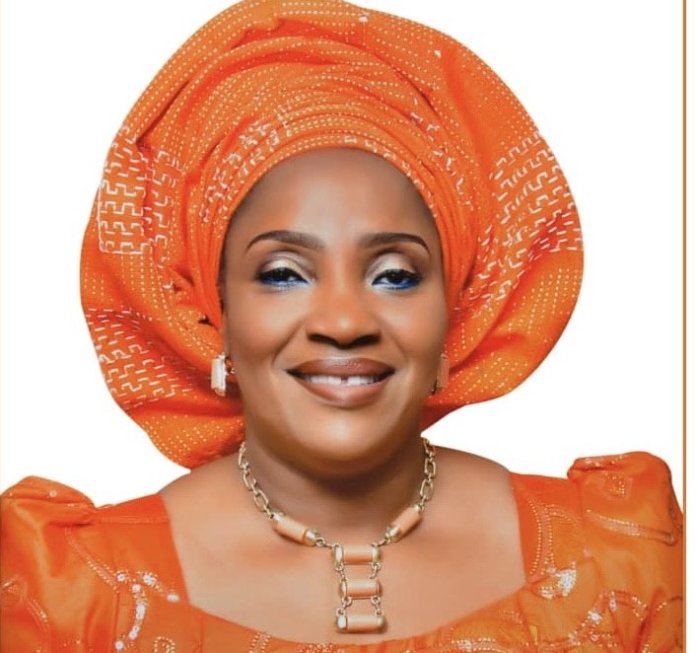 On Tuesday, September 1, 2020, Hon. Oluwabunmi Ayobami Amao assumed office as the new Director General of the Centre for Black and African Arts and Civilisation. Few months down the line, Chiemelie Ezeobi writes that Amao has established herself as a champion of Arts and Culture with her constant move to revive and restore the rich cultural heritage of Africans and African Diaspora

To tackle these issues, the Centre for Black and African Arts and Civilisation (CBAAC), a department under the Ministry of Communication and Information was borne.

The role of the Centre for Black and African Arts and Civilisation (CBAAC) in restoring Africa’s rich cultural heritage cannot be understated.

In fact, when CBAAC was established, it was on the premise that it would promote African heritage and culture.

Strategically, as a foremost cultural agency, CBAAC has a key mandate and plays a crucial role in making Nigeria the arrowhead in the presentation, preservation, promotion and propagation of African cultural heritage.

To achieve this, CBAAC preserves, utilises and augments materials, which represent the invaluable contributions made by intellectuals, writers and artists who were the moving spirit behind the execution of FESTAC ’77.

As it is with such critical centers, the leadership is often by appointment. Thus, on Tuesday, September 1, 2020, Ms. Oluwabunmi Ayobami Amao assumed office as the new Director-General of CBAAC. The appointment took effect in accordance with a statement released in Abuja on Wednesday, August 26, 2020 by the Special Assistant to the President (Media), Office of the Minister of Information and Culture, Segun Adeyemi.

With the appointment, Amao became the sixth substantive DG of the centre. She took over from Mrs Osaro Osayande who served in the capacity of the director overseeing the office of the Director-General between December 2019 and August, 2020.

Upon assumption of office, she appealed for maximum cooperation among members of staff and the management team, as she also sought for their full support, team work and utmost synergy in order to accomplish more feats for the centre in the next four years of her tenure.

Immediately she assumed office, she threw herself into her role and has over the past few months proven that her appointment was not a fluke.

As a champion of culture, Amao has in each forum she appeared, reiterated CBAAC’s commitment to championing the revival and restoration of the rich Cultural Heritage of Africans and African Diaspora.

According to her, culture as a bedrock of the society must be cherished and showcased as it define humans.

She noted that culture is one of the in-exhaustible resources Africa is endowed with, adding that unlike other resources that are not renewable, investment in culture and cultural programmes represent true economic diversification with the advantage of being in-exhaustive.

Meanwhile, to achieve several of the center’s set goals, Amao has since assumption of office organised international conferences and public lectures.

Also, she has sustained the pedestal of ensuring that CBAAC, as a research centre, is open to academic and research collaborations with other allied institutions.

Commitment to the Girl-Child

Asides other causes she constantly champions, she is also known to promote the empowerment of the girl-child. During the recently commemorated 2020 International Day of the Girl Child, CBAAC and by extension, Amao, reaffirmed commitment to end scourge of violence against adolescent girls and to promote their empowerment in all ramifications.

According to her, the girl child faces multiple challenges largely attributed to their age and gender, adding that such ”ethnic biases, cultural norms, religion, societal pressure, peer group, and denial to qualitative education have all in one way or the other heightened the existing disadvantages the girl-child in the society, thereby preventing her from realising her full potentials”.

Stressing that girls have the right to a safe, educated and healthy life not only through their critical formative years but also as they mature into womanhood, she noted that “if properly equipped, they have the potential to change the world to a more equitable and prosperous one”.

She further joined the clarion call to action for radical social and political change to tear down barriers of discrimination and prejudices that continue to cause impediment to the growth of the girl child.

Born in Kano, Amao is an indigene of Ibadan in Oyo State, Nigeria. Her educational background spanned through England and America, where she obtained B.Sc (Business Admin and Accounting), MBA ( Business Admin and Finance) in 1981 and 1982 respectively.

Upon completion of the mandatory NYSC, she worked as the first accountant with Joas Group of Companies, where she eventually rose to the post of Group Managing Director of the companies.

Amao has vast experience in different capacities in various fields. She is a Fellow of the Institute of Tourism Professional (FITP) and was also a co-founder of the House of Furniture and Designs Ltd in Nigeria.