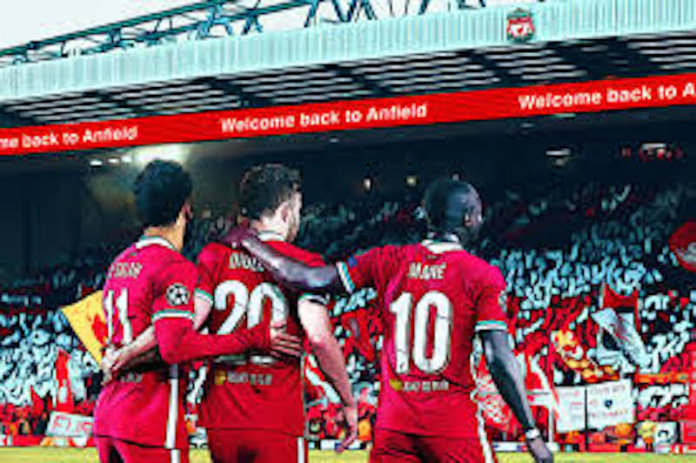 Defending champions Liverpool welcomed the return of fans to Anfield for the first time since March with an emphatic 4-0 victory over Wolves last night.

Mohamed Salah gave Liverpool the lead in the first half after Wolves defender Conor Coady misjudged a long ball from Jordan Henderson.

Georginio Wijnaldum added a second after the break, bending a superb shot into the top-right corner from long range, before Joel Matip’s thumping header and Nelson Semedo’s scrambled own goal made it 4-0.