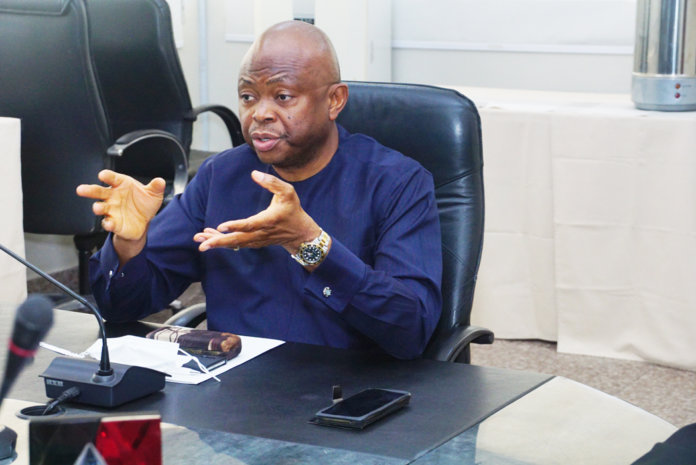 Nnamdi Okonkwo is a name that has become synonymous with good banking, digital banking, customer-friendly banking, Fidelity banking, Nigerian banking, etc. In 2018 and 2019, many notable groups recognised Okonkwo as a leading figure in the Nigerian banking sector and decorated him with the ‘Banker of the Year’ award. Now, as 2020 draws to a close, Nnamdi Okonkwo has begun collecting, again, accolades and medals.

As it does every year, BusinessDay’s Bank and Other Financial Institutions (BAFI) awards have divided Nigerian banks (and other financial bodies) along the lines of merit, accomplishment and excellence. This year’s edition was special, due to the limitations impressed upon the banking system by the Covid-19 pandemic. Thus, 2020 BAFI award winners stand apart from their predecessors—which only further distinguishes Nnamdi Okonkwo and his Fidelity Bank.

Okonkwo, MD/CEO of Fidelity Bank, won the Bank CEO of the Year award. This was reportedly given in recognition of his part in the transformation of Fidelity Bank from one of the many financial institutions to a fast-growing, innovative, accommodating and reliable bank.

Fidelity Bank itself wore the spotlight at the event when it won the Commercial Bank of the Year award in recognition of its active participation in boosting the competitiveness, efficiency, and overall development of Micro and Small Medium Enterprises (MSMEs) in Nigeria. Expectedly, both Nnamdi Okonkwo and Fidelity Bank dedicated their awards to their customers, shareholders, the board of directors, and the executive management and staff of Fidelity.

Less than a week before BAFI was convened, Nnamdi Okonkwo won the ‘Banker of the Year’ award at the 2020 edition of the Hallmark People of the Year Awards. This award acknowledged and applauded Okonkwo’s visionary leadership, masterful grasp of the movements of the financial sector, and his leading involvement in differentiating Fidelity Bank since joining them in 2014.
For Nnamdi Okonkwo, these awards are really the norm. However, in light of his retirement (come January 1, 2021), these accolades are nothing short of timely, and a glorious way to close a glorious