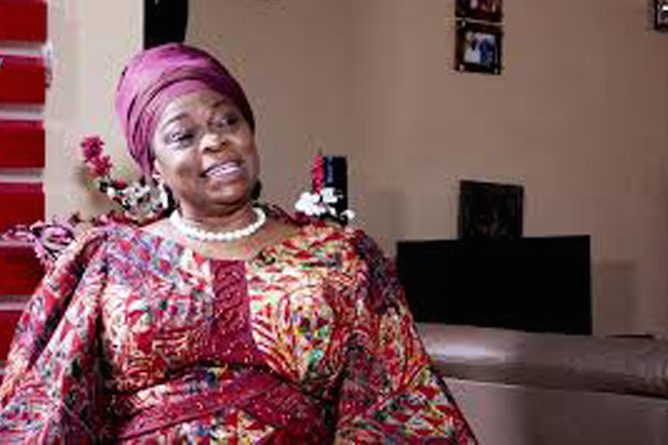 In line with the 16 Days of Activism against gender-based violence (25 November to 10 December, 2020) under the global theme, ‘Orange the World: Fund, Respond, Prevent, Collect!’ by/for United Nations (UN) Women, former director of the Lagos State Civil Service, Ajoke Erogbogbo-Gbeleyi, has decided to send new ripples of female sexuality and identity into the African society, by way of music.

At the start of the Third Nigerian Republic (1992), too many things were happening at the same time. This includes the celebration of women and young girls by a number of artistes has reproduced these evergreen songs to encourage and celebrate the same folks: mothers, women, and girls.

The album (consisting of five songs) is titled, ‘Supreme Women’ to appreciate the work and power of female achievers who are notable characters in Africa. Although the album title has been changed (it was formerly called ‘Mothers of a Nation’ with respect to the regard won by the then First Lady, the late Maryam Babangida), the songs and composers are exactly the same: Mciver, Bunmi Sanya, Bola Abimbola, Yinka Davies, and Funmi Fadeyi.

The intention of Ajoke Erogbogbo-Gbeleyi in reproducing these songs (which are in English, Yoruba, Igbo, and Hausa languages) is to remind the current generation — and those to come — of the strength, power, and tenacity of African women. This parallels the lifelong dream of Ajoke Erogbogbo-Gbeleyi, which is the development of women in Nigeria, and the maximisation of their presence and relevance to society.

A retired director from Lagos State’s civil service (and sister of stateswoman and NiDCOM boss, Abike Dabiri-Erewa), Erogbogbo-Gbeleyi is the founder of Focused Girls Moral Regeneration Support Initiative (FGMRS), an NGO launched in 2019 to, in her words, “propagate strong values and demystify sexuality among African teenagers, and building secure futures for them.”

Both Ajoke Erogbogbo-Gbeleyi and the foundation have accomplished much in recent months. She authored two books to encourage and drive young girls (she co-authored ‘Wise and Witty Adolescent’ with her daughter, Oluwatomilayo Gbeleyi.) She intends to make this a custom, this time, with Supreme Women.