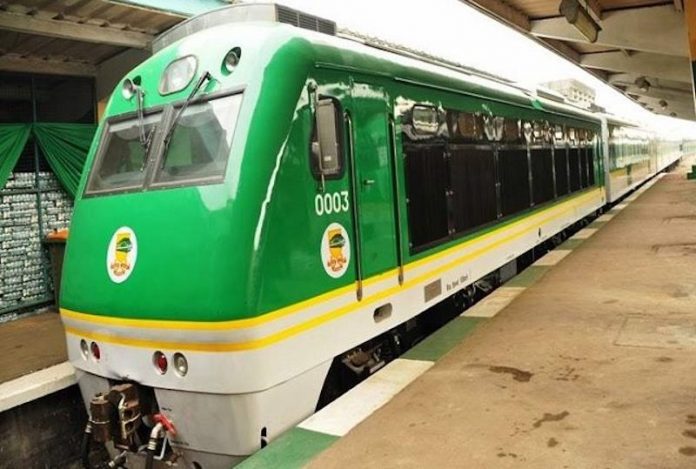 President Muhammadu Buhari will inaugurate the Lagos-Ibadan railway in January, next year, the Minister of Transportation, Chibuike Amaechi, has said.

Amaechi, who disclosed this in Abuja during the inauguration of recently elected members of the Chartered Institute of Transport Administration of Nigeria (CIoTA), said passengers on the train service were expected to pay between N3,000 and N6,000.

Amaechi said the government would adopt the Abuja-Kaduna ticketing structure in the Lagos-Ibadan railway, stating that it would have three classifications- Economy N3,000, Business N5,000 and First Class N6,000.

According to Amaechi, “I have received the mandate of President Muhammadu Buhari to inaugurate the Lagos/Ibadan rail project by January 2021 which will make Nigerians see what the standard gauge railway is like.

“Today (yesterday) I approved the charges on passengers from Lagos to Ibadan; we just transferred what we charge from Abuja to Kaduna.

“It should have started running by now before Mr. President inaugurates it by January.”

The 156km Lagos-Ibadan standard gauge rail line also extends to Apapa seaports and it is expected to rid that axis and the Lagos-Ibadan Expressway of goods-laden trucks.

“A stunning victory! The track laying work on the main line for the Lagos–Ibadan railway has been completed at 12:08p.m. on 28 March. This marks the fact the railway is getting one step closer to opening to traffic,” CCECC tweeted to announce the completion.

Amaechi said Buhari was a committed reformer determined to change the face of transportation in the country.

He said the rail project had been delivered, but its usage would commence before the official inauguration. He also disclosed that he had approved the fares for the route.

The minister stated, “In the transport sector under this government, a lot is going on, like working to complete the terminals under aviation. I am sure you would have seen changes at the Port Harcourt airport and Abuja. I am sure the Minister of Aviation will tell us very soon when the airport in Kano and the one in Lagos would be completed.”

While commending the activities of CIoTA under the leadership of Dr. Bashir Jamoh, Amaechi stated that the Federal Ministry of Transportation would partner with the Institute to encourage professionalism in the transport sector as well as ensure seamless and effective transportation across all modes.

In his remarks earlier, Jamoh, who is also Director-General of the Nigerian Maritime Administration and Safety Agency (NIMASA), lauded the effort of the federal government to upgrade the transport infrastructure. He said CIoTA was promoting professionalism and training to aid the government with the right manpower to man the transport infrastructure.

The CIoTA President stated, “Nigeria has made significant investment in transportation.

“The journey for the Institute has begun. We are building on broad policies anchored on a tripod of professionalism; education, research and development; and advocacy.”

To ensure professionalism, Jamoh said CIoTA was working hard to empower members with the required skills, knowledge and expertise to man the country’s transportation infrastructure.

The Institute is also working with universities and other tertiary institutions to try to build professionalism in the transport sector from the undergraduate level, he said, adding that committees have been set up to follow up on policy recommendations from CIoTA to ensure their implementation.