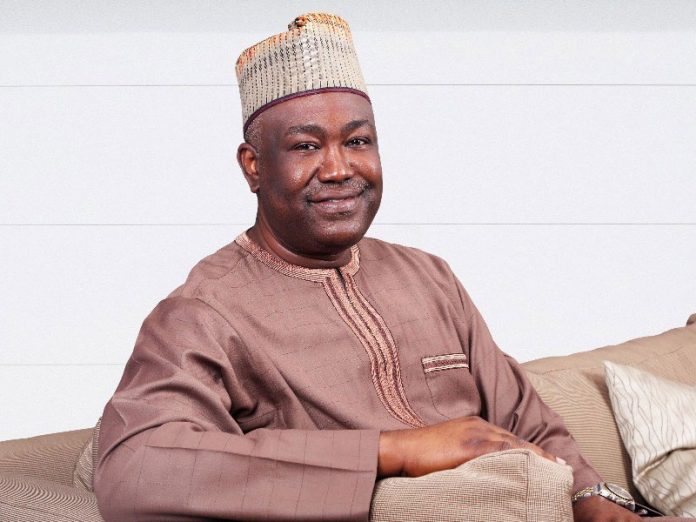 Ibrahim Hassan, Media Aide to the presidential candidate of the Peoples Trust in the 2019 national elections, Mr. Gbenga Olawepo-Hashim writes on a profound judicial pronouncement which restores the threatened business empire of his principal

The Farm-out which was concluded in 2017 between Transnational and the Joint Venture operators, Chevron Nigeria Limited, was amongst other things for the purpose of providing feedstock to a gas-to-power project developed by Transnational Energy Limited and partners which started in 2012.

In the said suit, which was filed by way of Originating Summon by Transnational Energy Limited’s lawyer, Dr. Sijuwade Kayode, backed by a 27 paragraphs affidavit and 16 exhibits
Transnational Energy Limited (TEL) contended that the fields were legally farmed-out to TEL and having paid the prescribed premium to the Federal Government the farm-out was completed and that later actions of the Chief of Staff to the President, Late Abba Kyari was null and void. The Plaintiff asked for four reliefs amongst which is the award of US$20million (Twenty Million United States Dollars) as liquidated damages against the defendants. The company exhibited its audited accounts, business plan and financial model which shows both plaintiffs had jointly expended US$22.718million (Twenty-Two Million, Seven Hundred and Eighteen Thousand United States Dollars) on the development of the gas and power side of the project. The financial models also show it has lost an estimated sum of over US$164million due to the actions of the defendants while Federal Government itself may have lost over US$68million in royalty and taxes not earned as a result of the actions of the defendants.

In paragraph 7 of the affidavit, the plaintiffs asserted that its gas-to-power project elicited a massive international cooperation spanning over 15 countries and involving over 100 international experts. As a matter of fact, the Hungarian Exim Bank went to parliament to amend its legislation in order to raise her scope of participation in the power side of the projects

The defendants on their own part argued that the court lacks jurisdiction to hear the case and that the actions of the plaintiff were “Statute Barred”. They also argued that Department of Petroleum Resources which communicated the letter of 2017 has no power to grant marginal fields and that only the President can do so.

In two and a half hours delivered judgment running to 58 pages, the presiding judge in the case, Justice Taiwo-O-Taiwo held that the court has jurisdiction because the issue is the issue of contract. He listed a plethora of authorities to back his judgment.

On the main opposition of the defendants to the plaintiffs originating summons, Justice Taiwo O. Taiwo held that the doctrine of presumption of regularity for action of Department of Petroleum Resources in the cases favours the plaintiff. He further held that the Late Chief of Staff, Abba Kyari had no locus to act in a manner that he acted. He counselled government officials to always abide by contract entered into and not to seek to terminate or abort them after government has financially benefitted from such contracts and that the sanctity of contract is fundamental to the development of the economy. The Judge also held that the defendants did not challenge the claimant’s deposition and exhibits of its financial statements and therefore, he will be granting the main relief sought and not the alternative reliefs. He awarded US$20million as liquidated damages against the defendants.

Information from the court registry reveals that one of the defendants might have filed a notice of appeal backed by an application of stay of execution of Judgment.

The plaintiffs on their own part, according to a source that prefers anonymity, would welcome an amicable resolution of the dispute rather than further disputation at the appellate level, especially since this viewpoint had earlier been canvassed by Senior Government Executives in the industry. “You know government may have lost over US$68m (Sixty-Eight Million United States Dollars) in possible royalties that could have been earned if the farm-out has not been disrupted; apart from the gas that by now could have been available to many power plants. Transnational Energy Limited too has lost a lot of money. It is in the nations interest to resolve the matter quickly amicably,” the source said.