For this one time, the CNN faces a make or mar integrity test over its conflicting reports on the #EndSARS protest. Samuel Omojoye writes

The morning after the night when protesters at the Lekki toll gate were supposedly massacred by the Nigerian Army, the BBC News hour programme interviewed Governor Babajide Sanwo-Olu around 6am on whether he invited the army and who gave orders that unarmed protesters be shot.

The governor confirmed that he invited the army but that they were supposed to arrive later than the time they came. Did he order the shooting of protesters? “I am not the C-in-C,” he said, adding that the army does not take orders from him. He was then asked if he knew the people that did the shooting and he replied, “from the videos I’ve seen, it was the army”.

Later at a press briefing, apparently after having some intel, the Governor announced that there were no fatalities. Note also that the army had already tweeted “fake news” earlier in the day, when the social media was awash with videos of soldiers in an armoured tank, shooting sporadically in a direction and scores of videos with body parts littering the ground had been spread as victims of Lekki massacre.
A certain DJ Switch released several videos, one LIVE, in which she claimed that the military was killing protesters and that a lot of people had died; that they were trying to remove bullet from one person’s leg.

She was relaying these events, but not showing a single footage of the most important videos: A, of dead bodies; B, of the soldiers shooting at people; C, of bloodstain on the floor; D, of the process/procedure, when the bullet was removed; E, when soldiers were carrying the bodies; F, when DJ Switch and her people carried bodies and dumping them in front of the soldiers (as she claimed).

Rather, she was verbalising the narrative she wanted to drive even though that was not what was happening. Then her second video showed her talking to a friend and, all of a sudden, she started running and asking imaginary people to bend down and hold their flags. His friend then said, “Damn” after which he covered his face as if he had just witnessed something gruesome.

That, no doubt, was mere acting and a bad one at that. DJ Switch gave an impression that the army or police were still shooting protesters at Lekki even in the morning. She said, “They shot all night”. Then she did another video, where she apologised for not being online for some time. She then proceeded to reminisce about the fateful night and, at that point, she started to address the issue of numbers.

It was then the death toll of over 80 suddenly reduced to 12. She also claimed that the account that posted over 80 deaths was a fake account and not hers. Really? I am damn sure that if the digital footprint and registered details of that account were done, they will show that it’s her account. But away from that, she started to narrate her ordeal and how the police fired teargas and described it like “Cotonou pepper”.

Someone, who has just been traumatised and witnessed some carnage a few days earlier making jokes about pepper? Body language experts have analysed that her behaviour was not commensurate with that of a victim of trauma and her description of how she carried and deposited bodies at the feet of soldiers defies logic. It is fight or flight. Soldiers opening fire and you taking bodies to them seem like a drama taken too far. It was highly unlikely.

Now, let’s go to the facts. Till today, there are no relatives, who have come forward that their family members are missing. A woman in London claimed her son was killed at the Lekki Toll Plaza, but it turned out that she was lying. The man died in a motorcycle accident. Also, pictures that were touted as victims of the Lekki massacre turned out to be pictures of people, who had died in separate circumstances – one from a bike accident and the other a stab victim.

Those found in the hospitals, who got injured from Lekki were as a result of stampede, and the injuries ranged from broken bones, cuts, bruises and slash wounds. No record of death as a result of gunshot wounds from the Army’s weapons, but the social media was awash with people in hospital, who claimed to have been shot by soldiers at the toll plaza.

In reality, there was chaos in nearby Ajah-Badore, where gangs were fighting. Some policemen and many innocent citizens died. To make matters worse, because of the lie by DJ Switch about a massacre, a lot of angry protesters came out of their homes and in their bid to retaliate by killing police officers or burning police stations, many people got shot by policemen and a lot of lives were lost.

DJ Switch, who was seemingly defiant in the eyes of death, now suddenly disappeared, rather than bring her evidence to the commission of enquiry to help this investigation. Now she’s trying to seek asylum under the guise of running for her life, but when she was confronted with gunshots by the army, she didn’t run away? Isn’t that a cue to show that this woman is an anarchist or a pathological liar? She was probably trying to trend or perhaps there is a more sinister angle into this.

Regarding the shameful way some media houses covered this story, NBC has to keep an eye on such media houses that have a responsibility to show that they are worthy of their licences. Many of them showed unverified social media footages as “live”, thereby misleading the audience. One newspaper wrote a piece, titled: “Sanwo-Olu finally admits inviting the military”.

At no time did Governor Sanwo-Olu deny inviting the military. He said the military does not take orders from him. It was his interview with Becky Anderson on CNN (days after speaking with the BBC, where he confirmed that he sought military help, following the anarchy that had seized many parts of the state) that people saw and decided the governor “finally admitted”. I suppose this is the same report that the army read for them to have said they were not happy the Governor denied inviting them.

It reeks of prejudice and bias. CNN is desperate to show that the Nigerian government massacred young people and, sadly, they neglected their ethos. There was an image of an old man in native attire covered in blood. That man must have a relative somewhere. Did the soldiers take his body away? If he is dead, who was he? He must have friends or family members.

One important question to ask is why the satellite image, which showed the army drive to the toll gate couldn’t show the army picking up bodies or dropping them somewhere. There should be an image showing people on the floor, dead as a result of a massacre. Some observers have said that the federal government should not have confronted CNN.

I disagree. What Nigeria has done through the Minister of Information and Culture, Alhaji Lai Mohammed, is within its rights. CNN has a duty to investigate its reports thoroughly and present such reports with facts and figures, not mere eyewitness accounts and doubtful social media videos that have failed the simple test of integrity. CNN must substantiate its claims, not repeating the offence.
–Omojoye wrote from Palmgroove, Lagos. 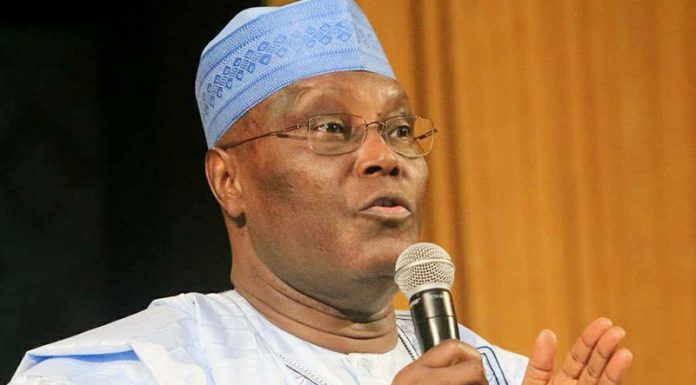