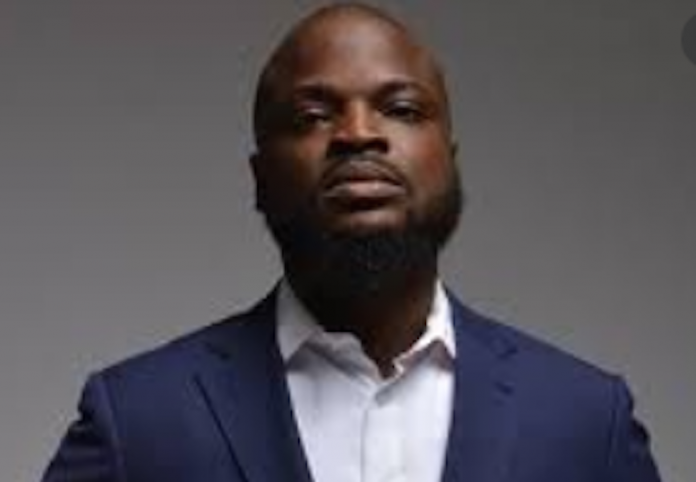 In the book of Temple, there are many chapters, according to the CEO of Temple Management Company, Idris Olorunnimbe. His new chapter is Ogidi Studios, a multipurpose facility for everything that celebrates African excellence, writes Vanessa Obioha

If you ask Idris Olorunnimbe, the Chief Executive Officer of Temple Management Company, what his dreams are, you may get an earful. He has a finger in every creative pie. He is in fashion, art, film, media, photography, music and even in politics. Although, the former Special Assistant to Minister of Works and Housing, Babatunde Fashola, during his governorship tenure in Lagos state, will modestly tell you that he is not a politician. He currently sits on the board of the newly inaugurated Lagos State Employment Trust Fund (LSETF).

Therefore, he resorts to talking about his dreams like chapters in a book. He calls it ‘Book of Temple.’

In the first chapter, you will find the Temple Management Company, a talent management company which he established in 2016. It was only a matter of time before the heavyweights in the art, media, entertainment, sports signed to his company. Think of the Mavin Crew back in 2016, media personality, Funmi Iyanda, award-winning visual artist and writer, Victor Ehikhamenor, artist/jeweller, Mode Aderinokun, Grammy award-winning artist, Lekan Babalola, and film director, Biyi Bandele.

The company also set eyes on budding talents with a potential star wattage like the young tennis star, Marylove Edwards.

The second chapter is the Temple Music Production Label. Launched in 2017, the record label focuses on the production, promotion and distribution of African talent to the world. Through its partnership with American rapper, Jay-Z’s entertainment agency Roc Nation, Project Fame winner, Jeff Akoh, released his debut album, ‘Lokoja’. Other talents that got on board include Bisola Aiyeola, a runner-up on the 2017 edition of the reality TV show, Big Brother Naija.

TMPL Motion Pictures is the topic in the third chapter. Established shortly after the launch of the music label, it focuses on developing theatrical films, branded content production, music videos, and television shows, primarily for an African audience. It recently made its film debut ‘Introducing the Kujus’, a comedy-drama starring Femi Jacobs, Mimi Onalaja, MC Lively, Bimbo Ademoye and Aiyeola who also bags her first producer credit on the film.

The book’s latest chapter is the Ogidi Studios that resides on Ogidi Crescent along the Lekki axis. It is unmissable. Its size and structure distinguished it from the rest of the houses that lined the quiet neighbourhood, notably the colour: black.

“Who paints a building black? Won’t people think that black is evil?” Olorunnimbe recalls his reaction when his team suggested the colour during a tour of the facility recently. The two-winged building was initially painted white.

As ridiculous as it sounded to him, he was wise enough to listen to their explanation: black is creative and mysterious.

Was he convinced? Instantly. There is latent confidence he has in his team. Even though he sits at the head of the table, he understands that he needs other imagineers like him to execute his vision. Thus, they regard one another as templer.

“Temple is not one person. It is a movement.”

Not a few interests have been piqued by the building, both in astonishment and curiosity.

If Olorunnimbe enjoys the puzzling reactions the colour evokes, he probably savours the expressions of awe and laudation when people step into the property. You can tell this from his purposeful strides, his radiating confidence as he explains the concept behind each element.

He shares with me some of the appellations his studio has been described with. They include cocoon, platform, academy, and hub.

“It’s difficult to box Ogidi in one box,” he says.

Indeed, the studio named after the street where it resides cannot be restricted to one moniker. Carpeted in a neatly combed lawn, Ogidi Studios lures a visitor with first, the tranquil ambience, and then the colourful work of art and design.

The outside walls are donned with thread sculptures done by versatile artist Dare Adenuga. Taking a cue from the services rendered by the parent company, Adenuga created images of a female footballer, a musician, a videographer alongside tools of their profession. Olorunnimbe’s love for art is equally seen on the interior walls which are covered in murals done by various artists like Jessica Soares and Osas Seven.

Inside the building is like a maze, each turn leading to a stunning discovery. Olorunnimbe reveals that the different spaces were named after African cities. For instance, a video editing room which doubles as a training hub is named Abuja while an animation studio is called Abeokuta.

Perhaps, the room that will evoke nostalgia for visitors is the Eko gallery, the heartbeat of Lagos State. The orange-coloured walls of the gallery are lined with portraits of African musicians and influencers who have contributed to the growing popularity and relevance of African music. One will find images of the Afrobeat legend Fela Anikulapo-Kuti, highlife veteran Bright Chimezie, the late Sonny Okosun, famous masked singer Lagbaja, veteran music promoters and broadcasters Kenny Ogungbe and Dayo Adeneye, Wizkid, Sauti Sol, Angelique Kidjo among others.

“We named it Eko because of the spirit of Lagos, vis-a-vis music. We try to capture the people who have contributed to African music,” he explains.

A high-flier, Olorunnimbe deployed the best cutting-edge technology devices for production and recording of sounds. There are about four audio recording studios and a live music recording studio named after Bamako, the Capital of Mali famed for live music. Each is carefully designed to meet international standards.

“When Cobhams Asuquo visited, he told me that the only time he saw a Neve board in Nigeria was the one brought in by Decca Studios. You can imagine we have this kind of infrastructure in the 70s but today, we are using mostly home studios,” he laments.

To him, the deterioration in music infrastructures can be traced to the subconscious impassivity of parents towards music as a profession for delinquents.

“Music is important to the spirit and soul of every culture and your culture is the only thing that is personal to you.”

Our culture, he argues is the future of tourism.

“We have seen this year that business tourism is not a necessity per se. You can meet anybody anywhere without travelling. The reason for people to travel henceforth will be to experience something new. The more we spend in developing and establishing our culture, tourist sites, music, film, art and local sports such as Monkey Post, the higher the chances that our tourism revenue will increase.”

The facility also houses a dance studio, a green room with adjoining lounge; a set for dance and photoshoot, changing room, make-up room, two residential apartments for client accommodation, fully equipped with kitchen and wireless internet connection. The apartments can also be deployed as a set. He disclosed that a scene from ‘Introducing the Kujus’ was shot in one of the three-room apartment.

Understanding the importance of the mental and physical safety of his staff, a makeshift living quarter is provided for employees who work late. The quarters are deliberately divided into male and female sections to ensure each gender takes responsibility for the cleanliness of their environment. Outside the building is a cafeteria for food vendors. Each element is meticulously planned and creatively executed to accommodate the needs of clients as well as staff. He hints at the budget of the facility running into billions.

Everything Olorunnimbe embodies is boldly displayed on the walls of the reception hall which is decorated with legends of inspiration. With over 15 years in the industry, the law graduate and serial entrepreneur has become one of the revered voices in the entertainment landscape, investing in businesses and causing a disruption. He was recognised by the League of African Development Students (LEADS) as a pioneer in the entertainment industry in 2018.

For over two years, Olorunnimbe and his team have been working on the facility. It was part of the long-term plan he had for the industry when he set up his management company.

However, there was a need to speed up things having met an industry that is lagging in entertainment infrastructure. He considers this the major problem confronting the industry.

“There is an abundance of talents in Nigeria but fewer opportunities. And we see talent as a raw material that can be used for many things. Part of the reason why we are here is to try to create a structure for talents so that they can have a stable income source and develop other skills as well.”

He emphasises the need for government and corporate bodies to invest in the creative industry “as it will help to tell stories that shape who we are.”

What is obtainable at the moment is an unbalanced concentration of ideas and opportunities because of a perceived influence. This explains why a significant percentage of young Nigerians see entertainment celebrities as role models and disregard other vocations such as farming as a dirty job.

Dressed in native attire, Olorunnimbe who is good-humoured comes across many as a snob, maybe because of his ambitions and visions. But he is indifferent to that assertion. He is more concerned about promoting African excellence. He wants to leave a legacy that will be unrivalled in the future.

“There is a programme on CNN that features businesses that are 100 years old,” he says, looking at the television in his office which coincidentally is showing a programme on African businesses. His eyes assume a faraway look as if the pictures on the screen are reenacting his next words. “I want to see Temple Management Company featured on that programme someday.”

He adds: “I’m just a dreamer who believes that Africa, in particular, Nigeria, is a symbol of excellence and that we have no excuse not to have world-class infrastructure because we are world-class people.”