Many kidnap cases now go unreported for reasons not far-fetched. The victims’ relatives prefer to play along with kidnappers to guarantee the release of victims from captivity alive. Sadly, in many cases, this cagey wisdom rewards them with dead bodies.

From some scholars, a potent cocktail of drugs consumption, widespread unemployment, arms proliferation, deification of wealth and fundamentally flawed security architecture feed the Frankenstein monster of kidnapping. From the six geo-political zones and in the nation’s highways, schools, residences, worship places, offices, villages and cities – no space is secure from the brisk criminal enterprise of kidnapping.

Undeniably, there is a correlation between the proliferation of arms as a result of political patronage of miscreants, who were dumped after elections and kidnapping. The current kidnapping malady is comparable to the scourge of armed robbery in the early eighties, where many young able-bodied men, who fought during the Nigerian civil war, were discharged and sent home with nothing.

According to a former president of the Philippines Senate, Hon. Blas Ople, 52% of kidnappings in the Philippines involve active and retired police and military men and corruption within the law enforcement agencies sometimes thwarts serious effort in crime prevention. He further noted that the police force personnel lack resources to cope with criminal activities. Ople may have spoken for the Filipino scenario but the essence of his postulation has arguably made landfall locally.

Wadume escaped when the operatives of Intelligence Response Team came under attack from soldiers attached to Battalion 93, Takum, Taraba State, as they conveyed the kidnap suspect from the scene of his arrest. The sad incident, last year, in Ibi, Taraba State, resulted in the killing of three police officers and two civilians, and injury to five others.

Reputed to be generous to a fault, Wadume had carved out a cosy fiefdom for himself in a corner of the Northeast and allegedly engineered several abductions and made a fortune out of ransom extorted from relatives of the victims. At press time, his case is still dragging through the court.

The spiralling incidents of kidnapping in Nigeria, is provoking some unconventional pushbacks from different stakeholders.

Perhaps out of palpable desperation, the Deputy Imam of Triumph Juma’at Mosque in Kano State, Dr. Abdulmudallib Ahmed, recently declared that the only way to stop kidnapping for ransom in the North is by calling the bluff of the kidnappers by letting them kill their victims.

The cleric, who made the suggestion on his Facebook, noted that solutions to difficult problems are often difficult measures and therefore families must resort to desperate measures in order to curb the growing menace. He, therefore, urged families and relatives of kidnap victims to stop paying ransom in order to discourage the growing crime in the region.

On its part, Afenifere, a Yoruba Pan Socio-Political Group raised the alarm that the country had become ungovernable and on the brink of collapse. The group spoke at its monthly meeting held at the country home of its national leader, Pa Reuben Fasoranti, in Akure, the Ondo State capital.

A communiqué issued and read to newsmen by the group’s National Publicity Secretary, Yinka Odumakin, stated that, “the truth is that the country had virtually become ungovernable and unless we restructure and restore Nigeria to federalism, the country is on the brink of collapse and God should save us from the worst-case scenario. And nobody should take this country on any childish ride. We should just implement the report of the 2014 conference now.”

The Sultan of Sokoto, Muhammadu Sa’ad Abubakar, said insecurity in the north was so terrible that “people now leave foodstuff in their houses for bandits.” He spoke at the fourth quarterly meeting of Nigeria Inter Religious Council (NIREC) held in Abuja, the nation’s capital, on Thursday.

Looking at the big picture, with military deployment to almost all the states of the federation and FCT, Abuja, it is clear that serious governance issues are on the spot. The Police Force needs badly to be revamped, re-motivated, re-equipped and perhaps, most importantly – restructured.

The emerging consensus is that good governance with accountability, transparency and fair play should be critical factors in mitigating the current crisis. An unengaged youth equates a ticking time bomb. 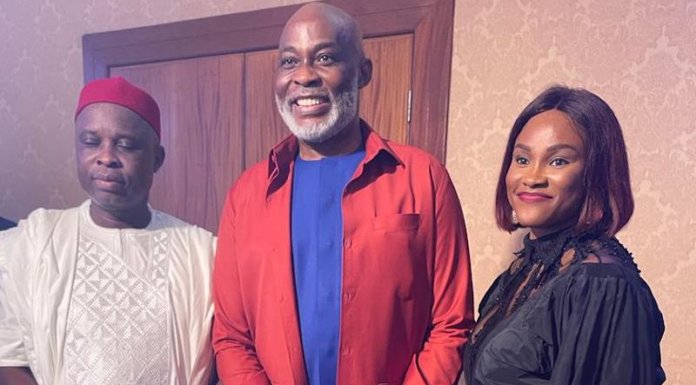