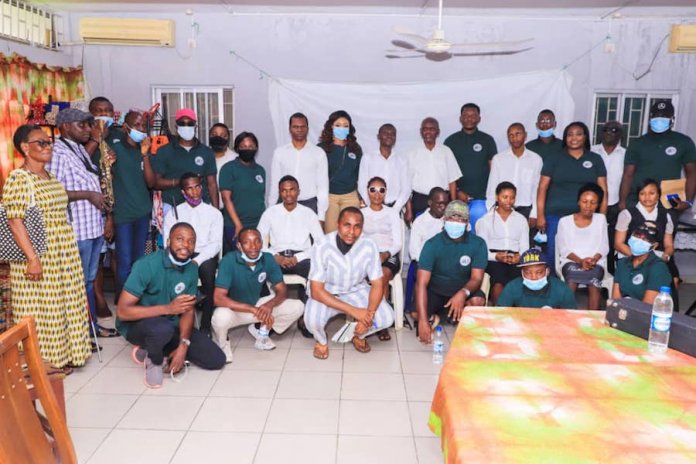 Florence Modupe Foundation has donated food items, cash and writing materials to support the welfare and development of the School of the Federal Vocational Training Institute for the Blind, Oshodi, Lagos State. The items were nose masks, five bags of rice, exercise books and N450, 000.

Speaking during donation the Founder, Florence Modupe Foundation, Olubukola Abitoye, said the vision of the foundation is basically to support children development, education, and development in general.

She also stated that apart from the donation made to the school, the foundation is also contributing to support the campaign against indiscrimination, “which as an organisation we are against it.”

“We don’t want the society to discriminate these people, they are part of us, because they don’t have a part of their body working doesn’t make them less privilege and make us better than them, this is why we need to identify with them,” she stated.

Abitoye remarked that the foundation wants to identify with the school and work with them to live a better life, adding that the visit today is not a one-off.

She hinted that the foundation wants to partner with the school, adding that presently, “we have regarded them as our partner now to be able work with them all through the journey.”

According to her, “We will be supporting from time to time, identify their needs and see where are can come in. We will also bring sponsors and organisations Oversees who are interested in this project and see how they can support.

“Government has a lot to do, but I don’t like to say it is only the duty of government. In oversees government pay attention to the less privileged and give them the needed support more than the able bodied individuals which are what it is supposed to be. These individuals need support and government should concern.

“Government should create a distinct ministry to address the issues of these groups of people. They should also ensure that the monies voted for them should go to the appropriate channel because we have seen government announcing donations for these projects and programmes, but it never gets to achieve what it is meant for. Government needs to pay attention to their welfare and I’m will go a long way.”