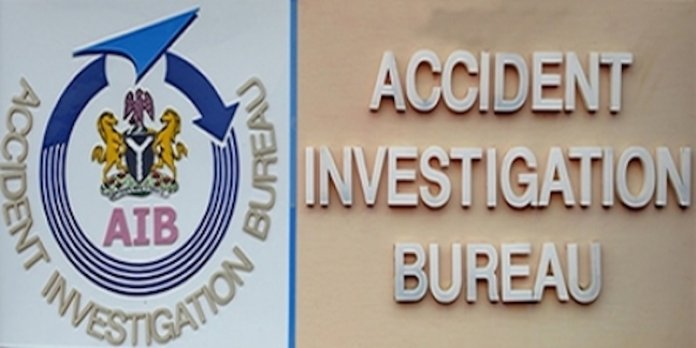 The agency gave a final report on a serious incident involving a Gulfstream G-IV aircraft owned and operated by Skybird Air Ltd with nationality and registration marks 5N-BOD, which occurred at Nnamdi Azikiwe International Airport, Abuja on September 12, 2018.

Speaking in a briefing at Abuja on Thursday, Akin Olateru, the commissioner of AIB attributed the causal factor to delayed response by the crew to recognize that the ground spoilers and thrust reversers were locked out leading to the runway overrun.

On serious incident involving a Boeing 747-200 aircraft owned and operated by Kabo Air Ltd, which occurred at Sultan Abubakar Airport, Sokoto (DNSO), Sokoto State on October 4, 2013; Olateru said the cause of the incident were the unserviceable visual approach Slope Indicator (VASI) on runway 26 and decision to land on the non-precision runway 26 at night. A safety recommendation was given to Kabo Air.

On serious incident involving a B737-500 aircraft owned and operated by Aero Contractors Company of Nigeria Ltd which occurred on Runway 18R, Murtala Muhammed International Airport, (MMIA) Ikeja, Lagos on April 9, 2016, the Commissioner attributed causal factor to excessive rudder application by the crew after touchdown.
Three safety recommendations were issued to Aero Contractors Company and NCAA.

For incident involving a Tampico Club TB-9 aircraft owned and operated by Nigerian College of Aviation Technology (NCAT) which occurred at Zaria Aerodrome, Kaduna State on December 10, 2013; Olateru recommended that “The Nigerian College of Aviation Technology should ensure that Flight Instructors emphasize to the Student Pilots the need for a Go-Around whenever excessive ballooning/bouncing occurs during landing exercises.”

For the incident involving a Tampico Club TB-9 aircraft owned and NCAT which occurred at Zaria Aerodrome, Kaduna State on 18th June, 2014; the commissioner recommended that NCAT be included into its Flying School Procedure Manual requirements for mandatory occurrence reporting (MOR) by student pilots.