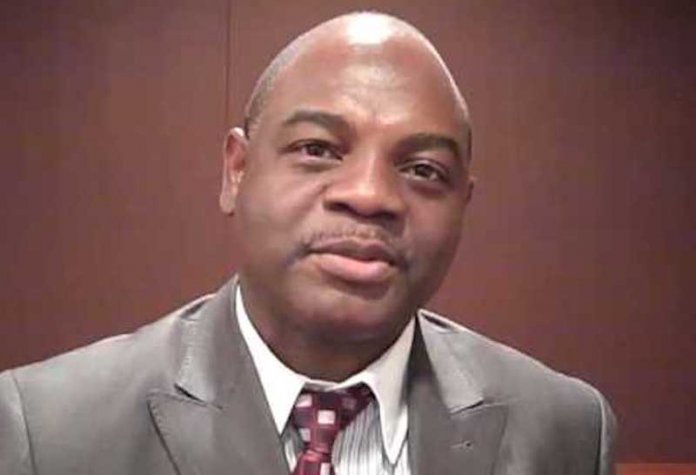 The Permanent Secretary, Federal Ministry of Education, Mr. Sonny Echono has revealed that the lingering issue of the reappointment of the Rector, Federal Polytechnic, Bida, Niger State, Dr. Abubakar Dzukogi has been referred to the Head of Service of the Federation for official reinterpretation.

Echono disclosed this when he hosted a peace meeting in Abuja involving the national leadership of the Academic Staff Union of Polytechnics (ASUP), executives of Bida Poly chapter, the rector, the institution’s director of academics and senior ministry officials.

But findings by ASUP revealed that the HoS office does not have any document relating to the rector’s reappointment crisis. The development has made the union to call to question the sincerity of the Federal Ministry of Education to resolve the issue. A senior official at the HoS office revealed that the ministry of education has not forwarded any Bida Poly document on the reappointment crisis to the head of service for reinterpretation.
The revelation shocked ASUP leadership. At the meeting, Echono told ASUP that the case has been referred to the head of service for official reinterpretation.

The permanent secretary said Femi Falana, SAN, is wrong in his assertion that the reappointment of Dzukogi is illegal.

“Though he deliberately refused to tell us about the content of the Attorney General’s letter, but we got hint that the AGF condemned the two reappointments. We also realised on Tuesday November 3, that there are no letters submitted to the head of service as claimed by the permanent secretary,” ASUP stated.

According to him, Echono categorically told ASUP and others present at the meeting, that HoS will determine Bida Poly rector’s reappointment crisis. He confirmed that petitions from the presidency, Falana, union on the issue have been submitted to HoS for final reinterpretation.

Other issues discussed at the meeting include unpaid backlog of 63 months outstanding allowances, non provision of drugs and essential services in the poly’s NHIS facility since 2015, maladministration in management of TETFund, illegal suspension of three union leaders and breeding of cultists on campus.

It was gathered that Echono mandated the rector to set up a committee to administer the school clinic and to follow TETFund guidelines and administration of funds.

The ministry also asked the rector to withdraw, with immediate effect, all the queries and suspensions, stating that the union has the right to enquire about the activities of the school clinic because workers’ money is involved.
Also, Echono was said to have pleaded with ASUP to give the rector four months grace for the payment of 63 months backlog of allowances.

“He appealed to the union leadership to beg the congress men and women to suspend the local strike and submit the semester’s results to management’.

“The Attorney General of the Federation has formally interpreted the reappointment of Dzukogi as an error but the ministry, out of disrespect to the Polytechnic Act, is looking elsewhere for another reinterpretation from the HoS.

“After the formal interpretation by the Attorney General, permanent secretary still believes their action isn’t wrong.

Therefore asking the Head of Service to pass final judgement. He even said Falana was wrong in his letter condemning the rector’s reappointment,” said one of ASUP national leaders.

In a swift reaction to the permanent secretary’s directive, the rector withdrew all queries and suspension on the three ASUP executives.

The letter dated October 26, 2020 and signed by the Registrar, said based on the peace meeting held in Abuja, the rector has approved the withdrawal of query and has lifted suspension, adding “you are therefore recalled to resume work immediately.”

In another development, the national leadership of the union received a letter from the FME tagged ‘Resolution from the FME’ and signed by the Director Tertiary Education claiming in item six that the reappointment of the rector to serve beyond his retirement age of 65 years is “right and proper.” The assertion, FME said is the reinterpretation from the HoS.

In a more shocking revelation, HoS denied ever making any official statement on the reappointment saga. This was revealed by an insider from the HoS.