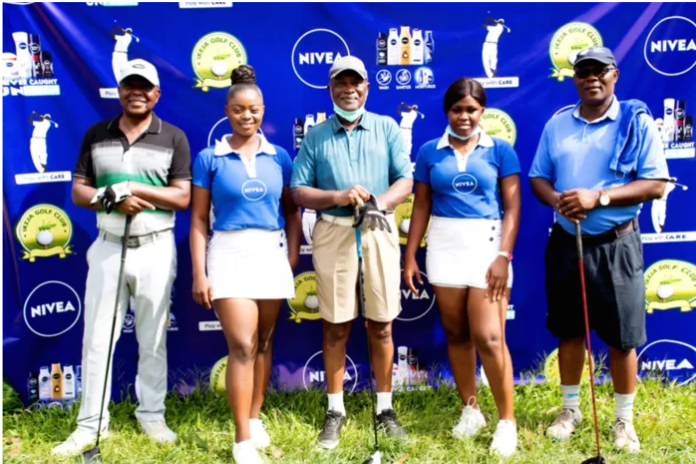 Ikeja Golf Club has held its Monthly Medal competition for November. The edition which was sponsored by NIVEA, a global leading skincare brand.

Monthly Medal tournaments are stroke competitions held every month which are used in grading and re-grading club members.

The event which held at Ikeja Golf Club was a convergence of golfers, caddies, and lovers of the game early in the month of November.

It was an impressive showing as golfers were engaged from the bespoke NIVEA brand theatre that was strategically located between the starting and finishing point on the course. The golfers’ engagement continued on the course as golfers were again ‘play-gingered’ with inspiring stimulators.

Captain, Ikeja Golf Club, Mr. Ladi Durojaiye, commended the brand for its partnership and support, stating that the Club hierarchy and management have received positive reactions from members.

“We were delighted to partner NIVEA on the November Monthly Medal competition and we look forward to future support and collaborations. Feedback from our members has been awesome”. He reiterated that the Club will continue to seek positive partnership with individuals and corporate bodies to enhance golf development in Nigeria.

The skincare brand leveraged the two-day competition to sensitize golfers, caddies as well as golf fans on ways of staying fresh even as they take part in physical activities.

Golfers who took part in the competition had the opportunity of experiencing some of NIVEA products through sampling before the competition and were presented with branded souvenirs including golf towels and product samples for off-premise usage.