As part of efforts to unlock consumer and real sector lending in the country, the Central Bank of Nigeria (CBN) had in July 2019, announced an increase in the required minimum Loan-Deposit Ratio (LDR) to 60 per cent, a policy which became effective at the end of September 2019.

However, upon review of the results of the policy, the CBN then decided to raise the ratio higher to 65 per cent and banks were then directed to comply with by the policy by the end of December 2019.
Almost one year after the last increase in the policy which sought to trigger growth in a weak economy, analysts have continued to analyse its impact on the economy.

The CBN had in a letter to banks on the lending policy, stressed that the LDR would be subject to quarterly review. Owing to this, it even had course to sanction banks that fell short of the directive.
Indeed, the policy was aimed at encouraging SMEs, retail, mortgage and consumer lending and these sectors were assigned a weight of 150 per cent in computing the LDR.

“Failure to meet the above minimum LDR by the specified date shall result in a levy of additional cash reserve requirement (CRR) equal to 50 per cent of the lending shortfall of the target LDR.
“The CBN shall continue to review development in the market with a view to facilitating greater investment in the real sector of the Nigerian economy,” the banking sector regulator had stated.

Analysts’ Assessment
In assessing the impact of the policy on credit growth in the economy, analysts at CSL Stockbrokers Limited, stated that data sourced from the Nigerian Bureau of Statistics (NBS) showed that aggregate banking sector credit to the economy stood at N18.8 trillion at the end of the second quarter 2020, which represented an increase of 15.8 per cent from the aggregate banking sector credit of N16.3 trillion at the end of the third quarter 2019 before the minimum LDR was raised to 65 per cent.

“Thus, on the credit growth front, it can be said that the CBN has been successful at driving credit growth,” it added.
Also examining the impact of the policy on borrowing costs in the economy, it pointed out that many corporates moved to refinance their expensive loans following the steep decline in borrowing costs.
This, the CSL noted was evident in the financial performance of deposit money banks as many reported steep declines in cost of funds.

“In addition, we note that several corporates have taken advantage of the lower borrowing costs to raise cheap financing (long term & short term) from the debt capital markets. For example, corporates like Flour Mills, Nigerian Breweries and Dangote Cement have all raised funding via commercial papers at low and mid-single digits in 2020.

“That said, we note that the LDR policy was not the sole driver of the decline in borrowing costs but it was one of many policy levers implemented by a dovish CBN. Lastly, we think the CBN’s overriding objective was to trigger accelerated recovery in economic growth.

“However, we retain our view that a fiat-driven strategy may not be sufficient to accelerate economic growth given the presence of many structural challenges. That said, the advent of Covid-19 and its economic challenges makes it difficult to measure the real impact of the LDR policy on economic growth,” it added.

Accelerated Lending
To the CBN Governor, Mr. Godwin Emefiele, the credit conditions in the banking system has since improved due to the policy.
Emefiele said the measures had placed Nigerian banks in a much better position towards supporting a stronger economic recovery.

However, the CBN Governor pointed out that current realities underscore the need for sustained support of the real sector through growth enhancing policies.

Emefiele noted that the CBN’s development finance initiatives to minimise the adverse impact of the covid-19 pandemic, resolve underlying structural deficiencies, and speed-up recovery.
According to him, the liquidity support covers various economic activities and aims to narrow supply shortages within the economy and boost consumer spending.

“I am of the view that an effective correction of the supply shortages (especially in farm produce) will have the dual effects of boosting output and moderating inflation. Analysis of liquidity conditions indicates expansion in monetary aggregates and single-digit money market rates.

“Growth in domestic credit illustrates the continued potency of the Bank’s LDR policy as gross credit grew by N3.8 trillion since May 2019 to N19.3 trillion in August 2020. This followed increased lending to manufacturing, consumer credit, and agriculture among others.

“Even with fragile financial markets condition (as capital market indices improve and FX market pressure persists), the Nigerian banking sector remained largely stable. Non-performing loans (NPL) ratio fell further to 6.1 per cent in August 2020, from 11.2 percent in May 2019 as CAR rose to 15.3 per cent from 14.5 per cent,” he revealed.
Nevertheless, he reiterated the need for sustained support of the real sector at this critical time to stimulate aggregate supply and enhance job creation.

Given the ramifications of supply shock and food shortages for GDP and inflation outcomes, policy should optimally aim to resolve structural constraints, he recommended.
In this regard, Emefiele said the CBN would continue to liaise with banks to restructure lending and grant forbearance to constrained economic units.

“I note the dilemma created by the rising inflationary pressure and falling output and the trade-off inherent in policy options. I acknowledge the primacy of price and exchange rate stability and underscore the need to not lose sight of output stabilisation,” he added.

On his part, the Deputy Governor, Corporate Services Directorate, CBN, Mr. Edward Adamu, several policy measures which the CBN had implemented prior to, and since the outbreak of COVID-19, have continued to have tremendous effect.
In particular, he said the Differentiated Cash Reserves Requirement (DCRR) and the minimum LDR policies have ensured a significant stream of credit to the real economy.

To the Deputy Governor, Financial System Stability Directorate, CBN, Mrs. Aishah Ahmad, the focused implementation of the LDR policy over the last year has continued to promote credit growth to the real sector and have also resulted to lower deposit and lending rates, – which supported banks’ net interest margins.

“This lower interest rate environment coupled with improved credit conditions survey which indicated that more households are accessing finance presents an opportunity to further increase credit to the real economy at lower cost, critical to driving the much-needed recovery.

“The industry however remains exposed to macroeconomic fragilities, given the uncertain business environment, exchange rate fluctuations and other spillover effects of the pandemic. Thus, the Bank must sustain its vigilance and deploy its prudential tool kit as required to ensure the sector continues to support the domestic economic recovery.

According to her, for optimum benefits to the economy, monetary policy instruments should complement policies in other sectors of the economy to deliver broad-based economic prosperity.
She noted that the structural impediments to growth and job creation, particularly poor infrastructure, could be improved upon via speedy implementation of the ESP.

“Indeed, aspects of the plan which seek to improve non-oil government revenue and reduce non-essential spending are vital and reinforces the importance of prioritising government expenditure to support social infrastructure, including but not limited to health, education and security, to help drive economic growth prospects,” she added.

Conclusion
Nevertheless, there is need for the banking sector regulator to continue to guard against a possible buildup of NPLs in view of the headwinds caused by the COVID-19. Furthermore, there is need for the central bank to continue to work with the fiscal authorities in order to improve the operating environment and minimise the level of risks for businesses in the country.

In addition, there is need for the regulator to enhance profiling of borrowers in the banking system as well as for banks to scale up corporate governance practices so as to prevent insider abuse and compromise of credit assessment processes, so as not to derail the laudable initiative. 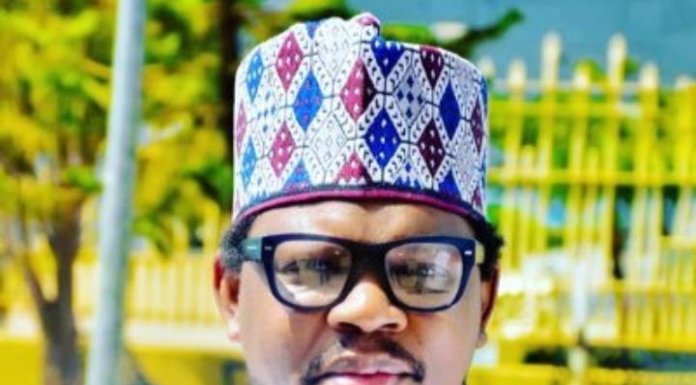 Obiozor Will Use Wealth of Experience to Advance Igbo Nation’s Cause, Says Ikimi