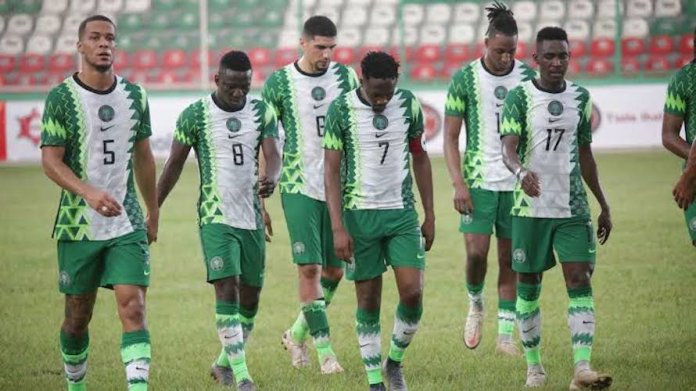 Super Eagles players and officials returned to Abuja in the early hours of Wednesday from Freetown Sierra Leone after the barren result with the Leone Stars on Tuesday evening.

Super Eagles are leading Group L on eight points after four games played so far with Benin Republic on seven points second in the standing. Sierra Leone are third on three points while Lesotho fourth on two points.

Up next for the Eagles is an away tie against Benin Republic on 22 March 2021 and they will round off the qualifiers with an home game against Lesotho on 30 March.

Meanwhile, Sparta Rotterdam have congratulated Maduka Okoye after he kept a clean sheet in the Super Eagles’s 0-0 draw away to Sierra Leone.

Okoye justified the faith of the Eagles’ coaching crew by keeping his first clean sheet after conceding four goals in the 4-4 draw last Friday.

It was his first clean in in four games for the Eagles after initially conceding against Algeria and Tunisia in last month’s international friendly games.

“A clean sheet for Okoye in Nigeria,” the club wrote on their verified Twitter handle.