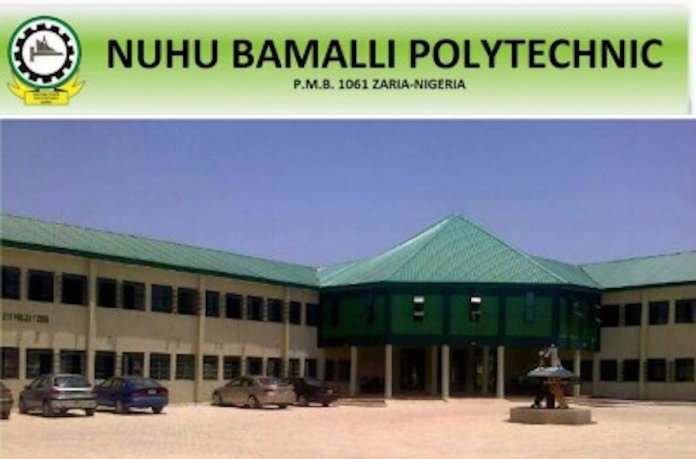 Two children and a member of staff of the Nuhu Bamali Polytechnic, Zaria, Kaduna State have been abducted by gunmen.

Another member of staff of the school, whose name was given as Sunusi Hassan, and narrowly escaped being abducted, was shot in the hand by the bandits and was taken to the Ahmadu Bello University Teaching Hospital (ABUTH), Shika, Zaria.

It was learnt that the incident happened on Saturday at about 9pm when the hoodlums invaded the staff quarters of the main campus of the school, owned by the Kaduna State Government.

The incident is coming on the heels of students’ resumption after a long break as a result of the Covid-19 lockdown.

The Rector of the Polytechnic, Mr. Kabir Abdullahi, confirmed the incident, saying the bandits gained entry into the school premises at about 9pm on Saturday.

He said a member of staff and two children were abducted, while another staff was shot by the hoodlums.

“I was in Kaduna when the Chief Security Officer of the college called me and informed me about the attack.

“It is true that the bandits have kidnapped one of my staff, Bello Atiku, who is the Head of Department, Computer Engineering in the school.

“He was also kidnapped along with two children to an unknown destination,” the rector said.

He added that one of the staff, Sunusi Hassan, who escaped being kidnapped, was shot in the hand by the bandits and had been taken to the hospital.

The rector attributed the incident to the porous nature of the school which, according to him, exposed the polytechnic community to unforeseen danger.

He said despite the vast land and the forest, the school was still unfenced, thereby making it prone to danger.

He appealed to the polytechnic community to remain calm as security operatives are on top of the situation.

Mohammed Jalige, the spokesman of the Kaduna State Police Command, did not respond to telephone calls and a text message sent to his mobile phone on the issue.

The rampant cases of kidnappings in Kaduna State is a source of serious worry among residents.

Despite efforts by security agencies to contain the situation, the hoodlums have continued to wreak havoc on residents.

Many people, especially, in some suburbs within the Kaduna metropolis, have abandoned their homes “to safer locations,” due to persistent invasions and abductions by bandits.