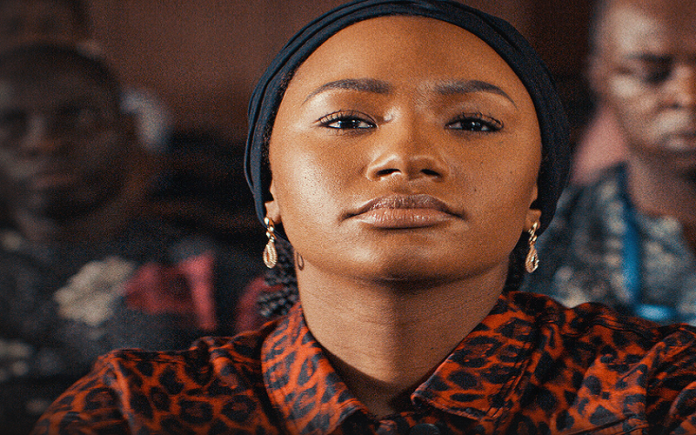 With a star-studded cast, Vanessa Obioha writes that ‘Citation’ missed an opportunity to kick off a #MeToo movement

Since the viral disgrace of Hollywood mogul Harvey Weinstein after a series of sexual abuse allegations in 2017, there’s been a silent clamour for a #MeToo moment in Nigeria. Despite a few sexual abuse reports — notably, Busola Dakolo sexual allegations against Pastor Biodun Fatoyinbo and more recently, Seyitan Babatayo rape accusation against singer D’banj — a #MeToo movement is yet to gain momentum in Nigeria.

Therefore, when prolific filmmaker Kunle Afolayan announced the storyline of his new film ‘Citation’ last year, it was expected that the filmmaker renowned for exploring cultural phenomena such as his 2017 film ‘Roti’ that explored superstitions, will bring to the fore the copious practice of student-lecturer sexual harassment on campuses and probably kick off a #MeToo movement. ‘Citation’, however, turns to be underwhelming despite its good intentions and purposes.

Written by his long time scriptwriter Tunde Babalola, the film revolves around Moremi, a young postgraduate student whose credibility is questioned when she reported a reputable lecturer for sexual harassment.

Told in flashbacks, Moremi (Temi Otedola) drew the attention of a new Senegalese lecturer Lucien N’Dyare (Jimmy Jean-Louis) after challenging his political ideas in a class.

What started on an innocent note — a student admiration for a learned lecturer — turns out to be a tale of manipulation that juxtaposes professional reputation with naivety.

On one hand is Moremi, determined to prove that the charismatic lecturer N’Dyare sexually harassed her in his home. On the other hand is N’Dyare, who is using his academic credentials to tarnish the image of Moremi.

Under the pretence that he can’t drive a manual car, N’Dyare lured Moremi into his trap. His charming charisma was the perfect veneer to hide his brutality. When he discovered that she could speak French, his admiration for her nearly became an obsession.

It was apparent to everyone that he got the hots for her except Moremi who naively believed his intentions were platonic until he made risqué statements about her sexuality. At first, she waved it aside when he later offered apologies. Things got awry when he tried to rape her after a party in his home.

She, however, escaped, deploying a self-defence tactic her boyfriend Koyejo (Gabriel Afolayan) taught her. Her rejection led the lecturer to intentionally fail her but she wouldn’t be easily defeated. She chose to present her case to the institution’s tribunal having learnt the fate of a former student who took matters into her hands by setting a trap for an abusive lecturer but ended up rusticated.

Facing the institution tribunal made up of esteemed personalities like the Chairman of First Bank Nigeria Ibukun Awosika (she acted herself) and veteran actor Sadiq Daba, both are determined to prove their innocence, giving different versions of what happened between them. The imperative question like in any court drama becomes who is telling the truth.

The film shows the domineering privilege prominent people have when accused of sexual abuse.

In her fight for justice, Moremi will learn to walk the road less travelled alone. Her boyfriend who from the onset, warned her to be wary of her lecturer deserted her, her close friend Gloria Dokai (Ini Edo) will turn her back against her, working with N’Dyare whom she always lusted after. Her only companion would be her coursemate Sir Kwesi (Adjetey Anang) and the Ajike Advocacy Centre whose representative Angela (Joke Silva) was her legal adviser. She receives notes of threats and is completely left on her own.

With the star-studded cast, one would have expected ‘Citation’ to take flight in the first few minutes. But it never did. Rather, it drags on unnecessarily in its two and half hours, almost bordering on ennui as characters are underdeveloped and Afolayan’s ambition to make a Pan-African film becomes overzealous. For instance, the visit to Senegal and Cape Verde, as well as the music concert featuring a cameo appearance of Afrobeat singer Seun Kuti, were wearyingly long.

Known for casting talents from other fields, Afolayan’s choice of Temi, a vlogger and avid traveller as a lead actress was not a good one. She is not convincing in her character and the cinematographer did a poor job hiding her flaws. A prominent flaw in her acting was her fluency in Yoruba and French. Her French was so amateurish that the French may find it impardonnable.

The same cannot be said of Awosika who wore the actress toga as if she’s been doing it all her life. The star of the movie however is Jean-Louis. He embodied his character peerlessly like a sweet devil. He knew when to tease with his eyes or smile so charmingly that you may instantly forget he is a psychopath. In a way, that’s what psychopaths do.

‘Citation’ would have had a #MeToo moment if it presented other victims to tell their stories of sexual harassment from the randy lecturer, even if it was a flash. While it is set in the historical Obafemi Awolowo University, it should have told a compelling story that travels beyond the high walls.