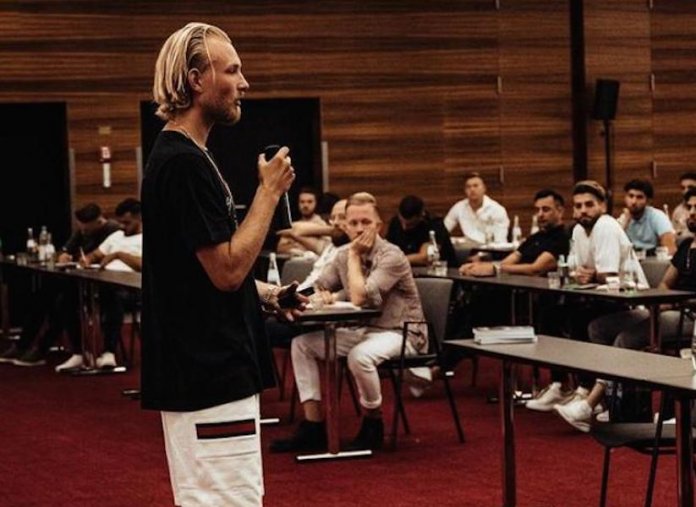 Becoming a self-made millionaire at the age of 24, Buettner has also built a huge social media brand with a fan base reaching millions of people. Ugo Aliogo reports

“Ever since I was a teenager, I knew having a job that I didn’t like to make money to barely get by was not how I wanted to spend the rest of my life,” Richard Buettner hinted. As a self-made millionaire at only 26 years of age, Buettner has worked hard to overcome every obstacle on his path to success. Born in a small town “in the middle of nowhere” in eastern Germany, he was unsure if he could ever become lucky enough to succeed or reach many people. But after getting a taste of success, playing semi-professional basketball in the 1st Youth Basketball league at the age of 14, Buettner decided to overcome his limiting beliefs by dropping out of school and getting a head start on his career.

“Everyone has their own understanding and perspective based on their experience, yet almost all success stories start with a dream or desire,” he said. “Having something to drive towards that’s worth the pain is key to creating a path to success. Working late nights and early mornings, sacrificing your time with friends, family and hobbies are all things that I’ve seen in successful entrepreneurs; they sacrifice instant gratification for long term satisfaction.”

Keeping this passion at the forefront of his mind, Buettner quickly gained traction in his career. In January 2016, he partnered with a financial education company based in the United States, serving as the President of the organization in Europe. During this time, he recruited a team of over 2,000 active distributors generating millions of dollars in sales.

“When you learn how to turn your thoughts into reality, you can manifest your dreams into reality. Doing that, helping other people do the same and being part of the change in this world is really beautiful. Also, understanding the impact this will have on our entire generation inspires me to focus more on creating what I want instead of judging what somebody else created.”

In 2018, Buettner officially became a self-made millionaire at the age of 24. By then, he had also built a huge social media brand with a fan base reaching millions of people. Now, Buettner hopes to take the lessons he’s learned along the way and pass them down to the next generation of adaption-driven entrepreneurs.

“I believe in today’s age, adapting is one of the most important skills. A few hundred years ago the strongest people succeeded. In the last 200 years, the smartest and most educated people were succeeding. I believe now the most adaptable people will succeed. We truly live in a new time.”

As for Buettner, this adaptability has allowed him to overcome every obstacle in his way, most recently the COVID-19 pandemic of 2020. He explains, “With the current situation, my main focus is observing what happens right now, and adapting in alignment with my dreams, values, and imagination.” Although this might look different than it did before, Richard’s priority remains the same. “Most importantly I want to work on a foundation to serve as many people as possible and help them realize their highest purpose.”