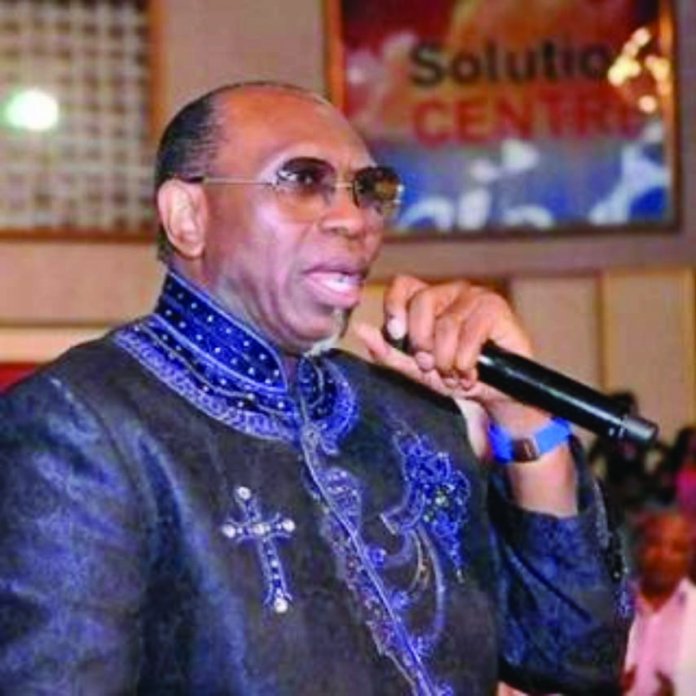 Like or hate him, he will speak out. Regardless of whose ox is gored, he will say it as it is. Pastor Joseph Ayodele Oritsejafor is a man that commands two extreme loyalties: those who love and admire him passionately and those who are critical of his guts. He is well loved by his numerous “sons and daughters” in the faith, followers and admirers. He has had his own fair share of holding sway at the national space as Chief Priest of Nigeria by virtue of being the President of the Christian Association of Nigeria, CAN, between 2010 and 2016.

Oritsejafor is a man of consummate passion who have, even in private capacity, still care about his primary constituency which is the Christian community. He is equally interested in the state of affairs in Nigeria as well as in the welfare of the people within his reach. Despite being one of the most criticised faith leaders in Nigeria for his guts and boldness, he holds nobody in contempt or in offence for doing so. “Tell me a successful leader that is not criticised rightly or wrongly for whatever reason? Even Jesus Christ was criticized for being compassionate by healing the sick. He was derided for identifying with the poor, care for the destitute and seeking to save sinners. And that’s what leadership entails. Sacrificing to protect and provide for the needs of the people. When people react or criticise you for almost everything you do or say, it shows that you are effective and impactful. I have never thought about it (criticisms) for a minute. It is part of the cross to carry in leadership at all levels,” he said.

In 2013, when he was vying for his second term in office as CAN president, a well-known politician in Abuja said he was miffed by Oritsejafor’s gut in speech making. “The man does not know how to be diplomatic when it comes to the issues of alleged imbalance or injustice against his people (Christians). In the history of this country, no Christian leader or leader from the south has ever looked at us in the face and talk the way he does. I wish he does not return to office for the second term. We we’re just tolerating him,” he told a couple of friends at a private dinner in a popular hotel at the federal capital territory, FCT. Oritsejafor eventually won and the silent rage against him continued.

He has been on ‘sabbatical’ since he served out his tenure of office as CAN president in 2016. Asked why he has maintained a studied silence on the happenings in the country, Papa, as he’s fondly addressed in Christian circle, said “I have never been quiet about the situation in Nigeria. When I was in office as Pentecostal Fellowship of Nigeria, PFN, and CAN president, the responsibility to speak for the Body of Christ squarely rested on me. Today, I speak as a Church leader and in my private capacity as a citizen of this country. I do this when I’m consulted and offer pieces of advice on the way forward. I’m still actively involved as a leader. Nobody is happy with the way things are going on in this country. Every leader I know, be it political or religious, is doing something to salvage the situation in this country. Don’t forget that we have the mandate of intercession as the Church of Christ to pray for Nigeria. This, I do more than talking to the press.”

Oritsejafor is a newsmaker. He is a journalists’ favorite because he’s sure to talk whenever the occasion demands. A newspaper editor once said “One thing you cannot take away from Pastor Ayo (Oritsejafor) is his voice. Even at gunpoint, he will tell you his mind. He’s not intimidated or afraid of being called names. I’m not a Christian but I think he has defended and represented his people well.”

Pastor Bosun Emmanuel, a notable Christian activist and Executive Secretary of Christian Social Movement of Nigeria, CSMN, in his tribute describes Oritsejafor as a rare gift in leadership to the Body of Christ. Emmanuel was privileged to be close to CAN leadership to know and evaluate the contributions of Oritsejafor while in the saddle. “In contemporary Christianity in Nigeria, only one Christian leader has distinguished himself as corporate leader willing to surrender the resources of his ministry for the common good of all, irrespective of Church group, denomination, ministry or tribe. Only His Eminence, Pastor Ayo Oritsejafor, has accomplished this feat.

“Christianity in Nigeria is yet to raise another corporate leader that would fearlessly confront the adversaries to defend the flock of Christ. He was bold, fearless, and inspired many Christian professionals to rise to support CAN. His tenure as President of CAN witnessed the introduction of some landmark policies that would not only have prevented the current persecution of Christians but would have enabled Christianity to transform Nigeria. Three of those legacies should be noted for historical purposes:

• “The CAN Strategy Document: For the first time since its establishment in 1976, CAN developed a Strategy Document to defend and promote Christianity in Nigeria. This roadmap was approved by the National Executive Committee of CAN in July 2015 during the tenure of his Eminence. Had this Document been implemented, Christians and Nigerians would not experience the current distress plaguing Nigeria.

• “The CAN Trust Fund: To ensure there is funding to implement the Strategy Document as well as take care of Christians (both as corporate and individual entities), his Eminence introduced, during his tenure, the Trust Fund meant to provide N5 billion monthly for CAN. The project started running during his tenure but could not be sustained after he left office.

• “The National Christian Elders’ Forum: Only a committed and inspiring leader could have assembled the caliber of Christian Elders in the NCEF. Today, the NCEF is in the vanguard of resisting the excesses of Islamists and protecting Christianity in Nigeria.”

Oritsejafor was not ready to comment on the state of the nation because, according to him, “What are they saying now that we have not said earlier? Is it restructuring? There’s nothing new I should say now that I have not said before. Since 2009 till I left office as CAN president in 2016, I have been consistent in advocating restructuring as a feasible approach to achieving peaceful, equitable and balanced society. Let me confess that I have a burden in my heart concerning this country. I love Nigeria and God does, too. I can only continue to pray for God’s mercy and intervention in our national affairs to restore value for human life, enthrone justice and guide our political leaders in the right direction.”

This week, the bell tolls for the enigmatic and charismatic leader as he marks his birthday every November 10. The day has always been a celebration for the less-privileged, needy and widowed members of his church as he distributes gifts, foods and several relief packages to them. Bosun Emmanuel concludes that “It is right for us to appreciate the Most High God for the gift of a purposeful leadership that He gave to the Church in Nigeria through his Eminence. I join other Christians of good conscience to wish his Eminence, Pastor Ayo Oritsejafor a Happy Birthday,”
––West wrote via mikeawe@yahoo.co.uk 08059964446