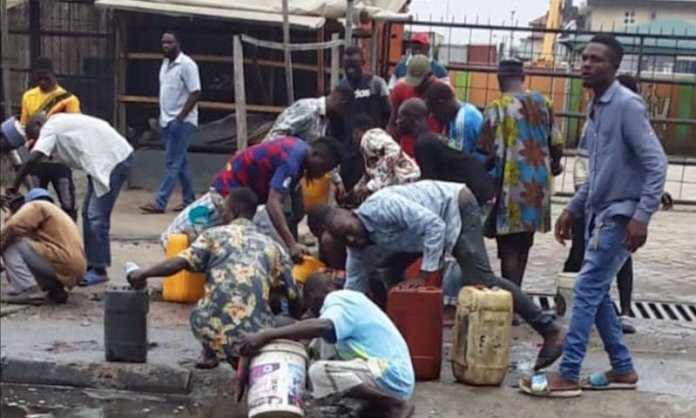 A petrol-laden tanker fell Sunday on Festac Link Bridge in Lagos, spilling its content down the road, as residents troop to the scene to scoop fuel.

The tanker, conveying 33,000 litres of petrol, was said to have overturned and spilled its content.

Despite the many incidents of deaths as a result of scooping fuel from fallen fuel tankers, residents of Festac defied all warnings, carrying kegs and gallons to get the spilled petrol from the ground.

“The Agency responded to distress calls at around 0600hrs this morning and arrived to find an overturned tanker with its contents (33,000 litres of petrol) rapidly spilling due to the effect of gravity on the overturned tanker.”

He added that immediate action by the joint team of Agency Firefighters, Lagos Fire Service and the Nigeria Police helped to prevent secondary incident.

Oke-Osanyintolu noted, “The scene was invaded by people carrying kegs attempting to scoop the product. This required additional police support. Trans-loading of product is ongoing.” 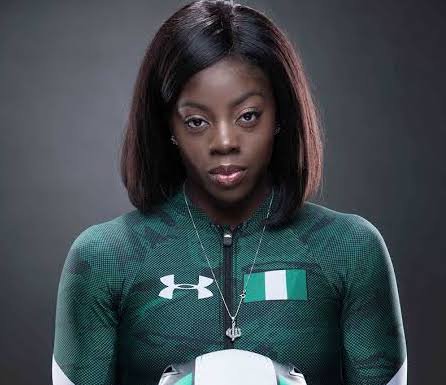