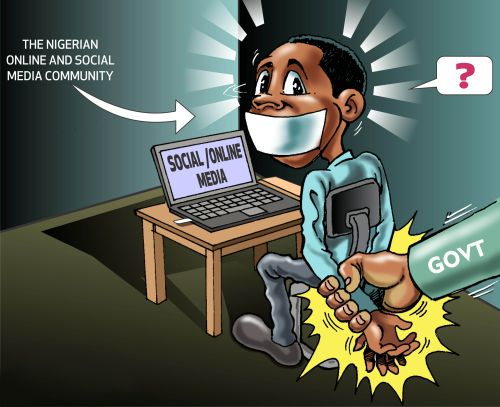 Nigeria will be better served with a free press

While democracy entitles citizens to freedoms of expression and association, it is also true that the leadership of every country has an obligation to mediate and modulate these freedoms in order to ensure the survival of the nation itself. But from controversial penalties by the National Broadcasting Commission (NBC) on selected broadcast media platforms to not-so-subtle threats by the government’s information managers and some elements in the national security establishment, there seems to be an orchestrated scheme to use the unfortunate outcome of the EndSARS protests to circumscribe the fundamental freedoms guaranteed all Nigerians in the 1999 Constitution. More particularly, the media seems to be the main target of these draconian measures being contemplated.

Despite being a beneficiary of social media campaigns, the inauguration of President Muhammadu Buhari in 2015 was symbolically marked with an attempt to erect barriers on the path of the media. Six months into his tenure, the “frivolous petitions” bill, which prescribed jail terms and $10,000 fine for “offensive” social media posts, was only withdrawn after widespread public criticism. Two other bills were to follow, both also targeted at the social media and online expression: “Protection from Internet Falsehood and Manipulation Bill” and the “National Commission for the Prohibition of Hate Speech Bill”. They also failed, following public uproar.

However, in the wake of the EndSARS protest, there are obvious attempts to resurrect some of the previous failed bills against both the traditional and social media. Last week, the Minister of Information, Lai Mohammed implied that the biggest challenge facing the country is not insecurity or rising poverty, but the social media. “We must regulate social media in a manner that it does not become a purveyor of fake news and hate speech,” he told a committee at the National Assembly. The warped thinking is hinged on the possibility that future protests or related events could be checked by strangulating social media which the EndSARS protesters put to adequate use.

To be sure, there are some obvious excesses in the use of the digital media not only in Nigeria but across the world. One fundamental principle of journalism is that information must be verified as true before being passed on to the public, a rule that many in the social media do not seem to care about. Just as many are attracted by its use for instantaneous dissemination of information, social media has been subjected to abuse, in some cases, through deliberate spreading of false information. But the good news is that, like the traditional media, there are surfeit of laws in the statute books to tackle the problem. The laws of libel, slander, and others are there for anybody injured to take advantage of. The Cyber Crime Act of 2015 also provides jail terms, stiff fines or both, for purveyors of fake news and libellous information.

Whatever may be the motivation for the current attempts, we must remind the federal government that the youth spring over EndSARS is likely to be reignited by any action of state that threatens the new media. Besides, some of the owners of the platforms like Twitter and Facebook are now censorious of the information that passes through their media. We saw that in the manner Twitter flagged ‘Lekki Massacre’ as false. But a government that glosses over its weaknesses will always attract the whirlwind as we have seen all over the world, including in advanced societies.

While we understand that building an inclusive and egalitarian society in a federal arrangement is always a work-in-progress, dealing with the current challenge in Nigeria would require a new conduct of leadership that is even handed and genuinely inclusive. That is the only way citizens can begin to hold government accountable for the things that unite us—education, health, employment, infrastructure, reasonable economic livelihood. It is the failure of governance and the irresponsibility of lazy politics that are at issue in the epidemic of hate and divisiveness currently on shameful display in Nigeria. That is what the authorities must begin to deal with rather than wasting its time in a futile attempt to gag the media.
Quote
The Cyber Crime Act of 2015 provides jail terms, stiff fines or both, for purveyors of fake news and libellous information

WHEN A KIND GESTURE TURNS AWRY