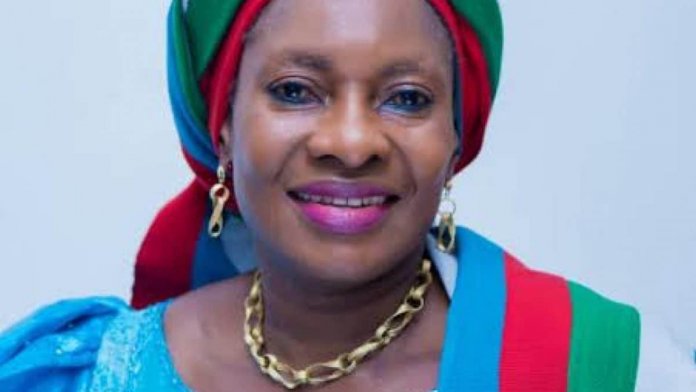 The Minister for Women Affairs, Dame Pauline Tallen is set to grace the upcoming MMS Woman of Fortune Hall of Fame (WoFHoF) Initiative as the Special Guest of Honour.

As the United Nations marks its 75 years anniversary with a search for the “Third Paradise”- a new world where humanity and sustainable development are the concerns of mankind, MMS WoFHoF Initiative marks its 2020 MMS Hall of Famers’ Day and the UN anniversary with the event themed; “The Third Paradise: A New Thinking On Women And Humanity”.

Some women described by the organisers as a bevy of beauty and brain with exceptional intelligence will be celebrated as MMS UN Generation Amazons cast in the mould of the “Third Paradise” Ambassadors and decorated as agents of sustainability.

The event is scheduled to take place on Wednesday, November 11, 2020, at Golden Gate Restaurant, Glover Road, Ikoyi, Lagos by 2pm.

Other eminent personalities to attend the event include: the Chairperson, Nigerian Shipowners Forum, Mrs. Margaret Orakwusi who would play the role of Chief Host and Chairperson, Lagos branch of the International Federation of Female Lawyers (FIDA), Mrs. Philomena Nneji, as chairperson of the occasion.