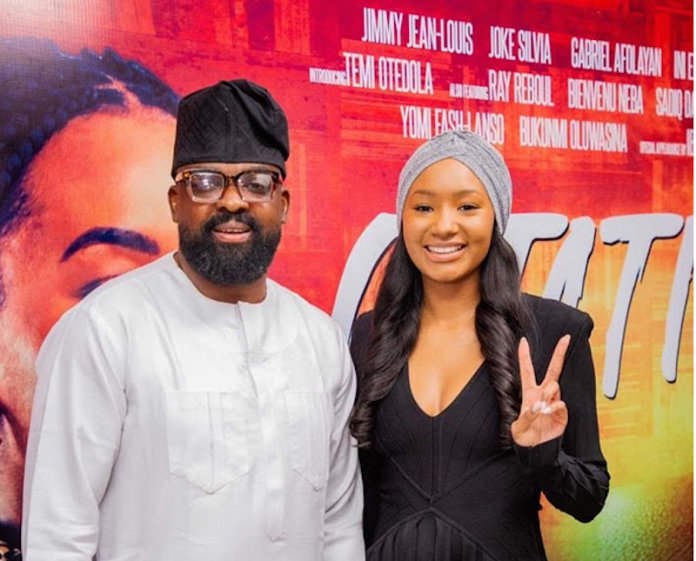 Close your eyes: Imagine a room filled with people heaving ‘huh?’ and sighing ‘ha!’ That’s exactly what went down during the screening of the movie, ‘Citation.’

Ahead of its November 6, 2020 release date, the exciting flick has begun gathering momentum at its glitzy October premiere. After the goose-bumpy teaser and Netflix trailer for #Citationthemovie, the exclusive premiere of Citation took place at Terra Kulture on Saturday, 31 October, 2020.

In one breath, the premiere was exhilarating and evocative. The event was a mix of music, cocktails and movie screening and on hand to grace the occasion were the cast of Citation.

Starting off with the red-carpet moment and great conversations, the screening began with a opening speech by the movie producer, Kunle Afolayan, who emphasized the film’s stance against gender-based violence.

The screening ended with a loud ovation as the producer came on stage for the curtain call. He began by inviting Chairman of Access Bank, Dr. Ajoritsedere Awosika, on stage to share her reasons for partnering Golden Effects Services & KAP Motion Pictures for the production of Citation.

The cast later appeared on stage. Jimmy Jean-Louis (the movie’s lead actor) and Adjetey Anang (co-star) who were unable to attend the event were, tied in via a video call.

For all movie buffs, Citation will be released on Netflix come November 6.