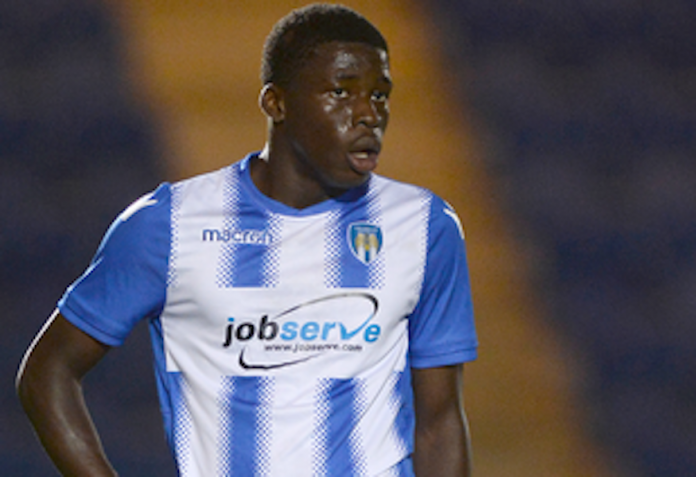 Colchester United defender, Al-Amin Kazeem, believes getting an education as a footballer can help improve performance on the football field.

The 18-year-old who holds dual citizenship as a British-Nigerian recently completed his two-year apprenticeship with The U’s first team and had impressive performances with the U23s last season, is hoping to get a look in at Ladan Bosso’s national U-20 side that would start their long journey to qualify for the 2022 FIFA Under-20 World Cup in Indonesia.

“Education can’t be a detriment (to football), it’s only a positive,” hinted the former Maldon & Tiptree loanee. “Education helps with concentration and being open-minded to the information that you’re given when studying.

“You have to source information and ask your teachers in the same way that you’d ask coaches for explanations of certain drills or tactics. This is the case for other areas, like sport science and nutrition,” he added.

“As a left-back, if I practice on my defending or my crossing and overall attacking contribution, when I get into a game I’ll show improvement from investing time in that, which is the same as revising topics for an exam paper.”

Newly appointed-Bosso’s Flying Eagles are currently intensifying preparations for this month’s WAFU B AFCON U-20 qualifiers in Lome, Togo which serves as qualifiers for the 2021 U-20 Africa Cup of Nations in Mauritania.

“ I will be most delighted if my son can play for Nigeria,” noted Al-Amin’s father.

“ He has really done well training and playing with Colchester United and I hope he can be given a chance to show what he can do with the Flying Eagles,” observed the Kazeem senior.