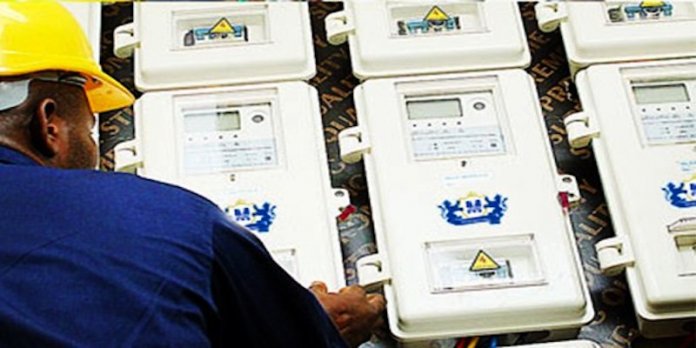 The federal government and the electricity distribution companies (Discos) have come under heavy attack by electricity consumers in the country over the newly-launched National Mass Metering Programme (NMMP).

The consumers accused the federal government and the Discos of being insincere and playing with their intelligence by announcing that they were giving them free prepaid electricity meters, and turned around to say that the method of collecting the cost of the meters back from them would be communicated to them later.

The government had said it was going to roll out six million meters across the entire Discos’ networks under the NMMP to expeditiously bridge the wide metering gap in the country, starting with the deployment of one million within the next two months for the first phase.

Notifying customers about the said meters, the Discos had told them that the meters were free, adding that the customers would apply, surveyed and metered same day without upfront payment, and that the mode of recouping the cost of the meter would be communicated to them later.

However, consumers under the aegis of All Electricity Consumers Protection Forum have criticised the federal government for always being insincere with the people.

The National Coordinator of the forum, Mr. Adeola Samuel-Ilori, told THISDAY at the weekend that the meter was supposed to be free both according to the provisions of the Electric Power Sector Reform Act 2005 and the understanding reached at the electricity tariff review committee meetings which the organised labour was part of.

According to him, “I’m just reading the other side of the story because ab initio, our understanding, based on the meeting between the Nigerian Labour Congress (NLC) and the government was that they were going to give them (meters) free to consumers. And if you look at many of the dailies, they are reporting it as free.

“What I noticed about this government is that it likes to say certain things and do otherwise, and this is nothing but irresponsibility.

“There is nothing we have not done with them–the government and the Discos-with regards to the Electric Power Sector Reform Act of 2005. There was no place where the consumer is supposed to pay for meter.”

Samuel-Ilori explained that in accordance with the methodology of the tariff, the price of meter, regardless of how much it is, has been embedded in the price being paid for the supply of electricity.

He said: “You cajoled the people to believe that they were going to have free meters from you and you are still telling them that you will communicate to them later on how they will pay back the meters.

“I read from one of the Discos that they will install the meters free but that at the end of day, the will be removing the cost of the meters from the charges.

“Meanwhile, the law says that the meter belongs to the Discos, so how can I be paying for a privately owned property?”

The leader of the group said he had expected the NLC to argue these concerns during their meetings with the government, but that they failed, adding: “Now see where we are? The only thing I know is that it is the consumers that will fight for themselves.

“And that is exactly what they (government) enjoy-the propaganda. At the end of the day, they will come from the back to take that which belongs to the masses.”