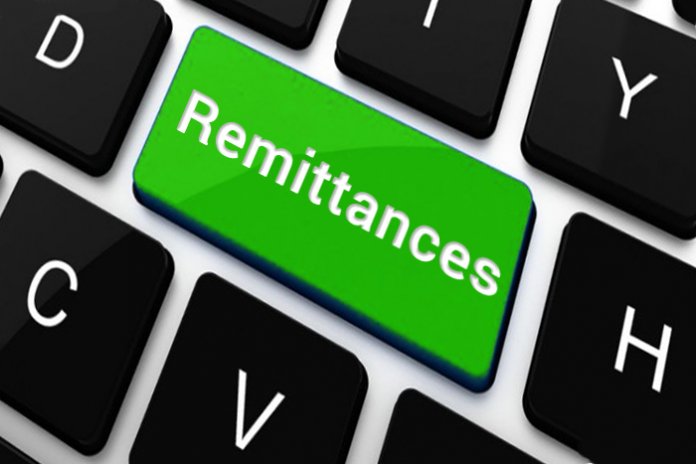 Monies sent from Nigerians living abroad is beginning to dry up. Remittance inflows that for long have been a significant source of external financing for Nigeria and shown a resistance to recession, have significantly dropped this year. Nosa James-Igbinadolor looks at the reasons behind the drop and the likely effects on an already drained economy

Remittances represent one of the major international financial resources, which sometimes exceed the flows of foreign direct investment (FDI). For many countries, remittances are the largest source of foreign exchange earnings and represent more than 10 per cent of GDP.

The World Bank estimates that remittances now make up about a third of total financial inflows in developing countries. Like other regions, Africa saw large increase in the last decade. According to World Bank Migration and Remittances database, remittances currently represent for some African countries a significant share, up to 22 per cent, of their 2017 Gross Domestic Product (GDP).

A report in March by the Nigeria Deposit Insurance Corporation (NDIC) noted, “The level of development of the financial system in Nigeria still remains low, despite government efforts. The low values reported for the various financial development indices in Nigeria confirm that its financial sector is underdeveloped or developing. For instance, credit to the private sector as a percentage of GDP which reflects financial depth averaged 15.4per cent between 1981 and 2016.”

Data from the Central Bank of Nigeria (CBN) show that Nigeria received $17.57 billion in direct diaspora remittances in 2019, representing a 56.4per cent increase from $11.23 billion in 2018.

According to the United Nations Conference on Trade and Development, UNCTAD 2020 World Investment Report, FDI flows into Nigeria totalled $3.3 billion in 2019, showing a 48.5per cent decrease compared to the previous year $ 6.4 billion in 2018). What this means is, remittance transfers from Nigerians abroad have, consistently in the last couple of years, surpassed FDI inflows into the country.

Nigeria accounts for over a third of migrant remittance flows to sub-Saharan Africa, and according to PwC, “These flows amounted to $23.63 billion in 2017, $22 billion in 2018, and represented 6.1per cent of Nigeria’s GDP. The 2018 migrant remittances translate to 83per cent of the federal government budget in 2018 and 11 times the FDI flows in the same period. Nigeria’s remittance inflows were also 7.4 times larger than the net official development assistance (foreign aid) received in 2017 of US$3.4 billion.”

But the inflow is drying up. In April, the World Bank warned in its projection that global remittances would decline sharply by about 20 percent in 2020 due to the economic crisis induced by the COVID-19 pandemic and shutdown. The projected fall, “which would be the sharpest decline in recent history, is largely due to a fall in the wages and employment of migrant workers, who tend to be more vulnerable to loss of employment and wages during an economic crisis in a host country.”

The bank further alerted that, “Remittances to low and middle-income countries (LMICs) are projected to fall by 19.7 per cent to $445 billion, representing a loss of a crucial financing lifeline for many vulnerable households.”

Because they alleviate poverty in lower- and middle-income countries, improve nutritional outcomes, commit higher spending on education, and reduce child labour in disadvantaged households, a fall in remittances affect families’ ability to spend on these areas as more of their finances will be directed to solve food shortages and immediate livelihoods needs.

According to the CBN’s latest Quarterly Statistical Bulletin, net current transfers in the balance of payments (BoP) slumped by 32.1per cent y/y to $3.9bn in Q2 2020, and by 36.4per cent q/q. The comparable figures for net workers’ remittances, which comprise about 85per cent of net transfers, were 42.2per cent and 40.1per cent.

Net current transfers in Nigeria in Q2 2020 were the lowest for at least 12 years. In the last domestic recession that spanned for five quarters from Q1 2016, the decline was modest because the remitting countries were still growing.

As noted by World Bank President, David Malpass, “Remittances are a vital source of income for developing countries. The ongoing economic recession caused by COVID-19 is taking a severe toll on the ability to send money home and makes it all the more vital that we shorten the time to recovery for advanced economies.”

Loss of jobs as a result of the COVID-19 pandemic which itself has led to contraction in the economies of advanced countries is the major driver of the fall in remittance inflows from abroad. The US economy contracted at a 32.9 per cent annual rate from April through June, its worst drop on record. Business ground to a halt during the pandemic lockdown in the spring of this year, and the U.S plunged into its first recession in 11 years, putting an end to the longest economic expansion in US history and wiping out five years of economic gains in just a few months.

Several Nigerians in the United States, United Kingdom and Germany told THISDAY that they have been forced to reduce the amounts of monies they send home to their dependents as a result of fear of job loss, job insecurity and depreciated income.

According to one of them, who lives in Manchester, England and who desired to remain anonymous, “many of us are being forced to work fewer hours and many others have been laid off as a result of the pandemic. Even those who have secure jobs, like those in the healthcare sector have been forced to cut down on the amount of monies they send home because nobody knows tomorrow.”

Another Nigerian, a resident of Houston, Texas noted that many Nigerians who work abroad are being forced to save up for their personal healthcare, thus reducing the volume of monies they remit back home. “The major issue here in America is healthcare. If you do not have health insurance, you are in trouble. Because nobody is sure of what tomorrow will bring, we have to put more monies aside for health insurance. What this means is that sending more money home will have to suffer.”

Governments across the world have a crucial role to play in ameliorating the toll created by the fall in remittance flows. “Effective social protection systems are crucial to safeguarding the poor and vulnerable during this crisis in both developing countries as well as advanced countries. In host countries, social protection interventions should also support migrant populations,” Michal Rutkowski, Global Director of the Social Protection and Jobs Global Practice at the World Bank urged.

The regulatory background to conducting remittance services in Nigeria has also negatively affected inflows. Over the last few months, the Central Bank of Nigeria has come out with contradictory pronouncements with respect to how domiciliary accounts held in Deposit Money Banks (DMB) can be operated. This has led to widespread worries among Nigerians about remitting and receiving monies through domiciliary accounts, thus exacerbating the already high anxiety and distrust of the formal banking system as a mediator of remittances.

There is a widespread perception in the country that the CBN is trying to ‘steal’ peoples’ FX in order to meet the FX needs of the government. The Nigerian remittance sector is governed by the central bank and is bank-led. The banking sector is one of the most dominant and regulated industries in the country and the CBN regularly interferes, especially with regard to foreign exchange controls.

As noted by Cenfri, in a June 2019 report, “As Nigeria’s economy is heavily reliant on oil, representing over 90per cent of the country’s total export revenue or just under 9per cent of GDP, the recent collapse in world oil prices resulted in an abrupt decline in foreign currency revenues. This triggered an erosion in Nigeria’s foreign currency reserves. In April 2017, the CBN introduced the investors and exporters window to boost liquidity in the foreign exchange market, trading the Naira at ₦360 to the USD. The official exchange rate was fixed at ₦305/USD1. The very prominent parallel market for foreign exchange, however, traded the USD at ₦362 – ₦364, making it more profitable to use this mechanism to exchange foreign currency. The weaker exchange, high inflation (over 15per cent at the end of 2017) and high interest rates negatively impacted consumer confidence in the formal sector in Nigeria.”

Since then, the Naira has been devalued to N360/$1, while the widely patronised parallel market rate is currently N463/$1.

For many Nigerians, who depend on remittances for their survival, the future looks bleak. This is particularly so, as the peer-to-peer nature of remittances means that they serve the purpose of being a backstop against poverty and financial hardship better than grants/aids which are institutional cashflows that often fall into corrupt hands. It also adds to the already unwelcoming state of the Nigerian economy that has lost some $8 billion in remittance inflows and has also lost its productive capacity. With unemployment currently at 27.1per cent, and inflation at 13.71per cent, the government must do a lot more than it is currently doing to mitigate the impact of the loss from abroad.

Sadly, it is unlikely that the present government possess the economic policy understanding and commitment to engender positive growth.