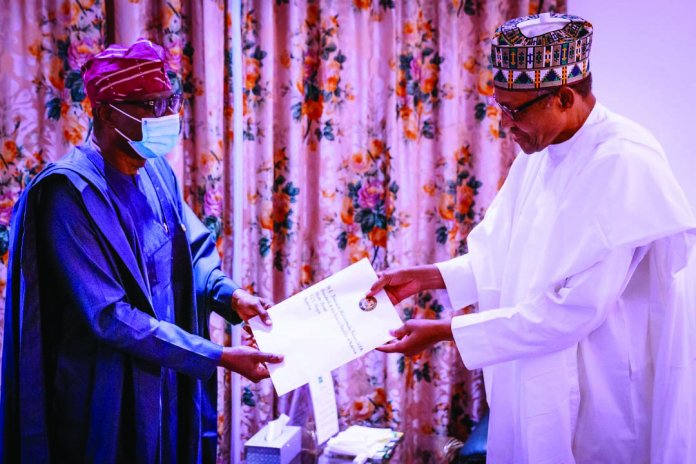 Hope or despair beckons as the Judicial Panels of inquiry ordered by the presidency across the 36 states and the Federal Capital Territory, to investigate allegations of grievous human rights violations by the defunct Special Armed Robbery Squad, set sail. Louis Achi writes

According to the late US Ambassador to the UN, Richard Holbrooke, “Freedom is the Century’s most powerful idea, but the struggle is far from over.” Modern discourse over the nature of evil is still an infectious subject. The debate goes back to Socrates, who argued that anyone acquainted with good could not intentionally choose evil instead.

As it were, actions and inactions under Nigeria’s leaders apparently confound modern ideas about good and evil. They saw and still see it as no less than matters of taste, reflections of social class, power and status. But the recent upheavals sparked by angered youths have apparently challenged old assumptions and put the nation’s fractured elite on the spot.
The National Executive Council (NEC), chaired by Vice President Yemi Osinbajo, had ordered the setting up, across the 36 states and Federal Capital Territory Abuja, of judicial panels of inquiry, to x-ray and remediate allegations of numbing, bloody infamy against the special police squad (SARS).

This followed the well-organised peaceful protests by the nation’s youths demanding an end to the bloody reign of SARS, and subsequent contrived infiltration of its ranks and the bloody Lagos Lekki tollgate shooting.
Given its natural socio-political centrality, Lagos State significantly bore the brunt of both the SARS impunity and youth reaction. But if the Lagos State Judicial Panel of Inquiry’s recent experience in its outing to Ikoyi Military Hospital in Lagos is indicative of the toughness or fogginess of the task ahead, then, Nigerians may need to mute their Uhuru song.

The Lagos State Government had inaugurated an 8-man Judicial Panel of Inquiry and Restitution to investigate cases of police brutality in the state even as the protests continued. Lagos State Governor, Babajide revealed this.
“In Lagos, beyond setting up this panel, which we hope will serve as a representation of our broader interests, we have established a N200 million fund for compensation to families and individuals, who have been victimised by officers of the disbanded SARS,” the governor said.

He added that the Lagos Government had witnessed the cries of the youth against police brutality and admitted that the pains were legitimate.
“We have witnessed the protests of our youth against police brutality. The pain of this generation has been felt in various parts of our state and country, as well as in the diaspora, all speaking with one voice against the unbridled violation of their rights and lives,” he further said.
Members of the Lagos State Panel include Justice Doris Okuwobi (Rtd), Chairman of the panel; Rinu Oduala and Temitope Majekodunmi.

Others are Senior Advocate of Nigeria (SAN) Ebun-Olu Adegboruwa; Director, Lagos State Directorate of Citizen’s Rights, Mrs Oluwatoyin Odusanya; a representative of the civil society groups, Ms Patience Udoh, and a human rights activist, Lucas Koyejo, the Zonal Coordinator (South-West Zone), National Human Rights Commission (NHRC), and Mr Segun Awosanya (Segalink).
Military personnel, who claimed they could not be allowed in except they get a directive from their superior, initially denied the impressive panel and accompanying journalists, access to the hospital.

The military personnel apparently were not impressed, when a member of the panel, Adegboruwa, SAN, told them that they were not just at the Ikoyi Military Hospital, controlled by 65 Battalion, on the authority of the governor of Lagos State, but also that of the president.

According to Adegboruwa, “We have confidential information that facilities at the Military Hospital in Ikoyi here may be relevant to our investigation, we have a pathologist with us and our interest is to inspect the Mortuary hospital, we don’t know what we would find there.

“The visit to the Military hospital absolutely has something to do with the Lekki event of the 20th of October 2020. Well, like I said, we have no conclusion in our minds as to what we would find here. But we have intelligence to the extent that our work requires that we inspect the mortuary of the military hospital of here.”

When newsmen sought to know what the panel will do if the military ultimately denied them access to the hospital facilities they needed to see, the learned silk stated, “We would take up, other options. There are other options open to us. If we are not allowed access, we can’t force ourselves on them. If they don’t allow us access, we would go back and take other options.”

Also, five bullet shells were found at the scene of the Lekki tollgate, protest venue of the #ENDSARS, October 20, 2020, shootings, during the Lagos State Judicial panel’s visit to the tollgate.
The emerging consensus then is that if hurdles were continuously put in the path of the judicial panels across the country, then, not much substantial progress would be expected. However, giving teeth to the sincerity of the presidential directive might become dubious at best.

When threats produce resolve, when terror engenders courage, when an ultimate challenge to principles has the effect of making principles stronger, then, certainly the flip side of evil is good. The Nigerian youths’ message resonates.