As in previous years, bridging the revenue gap poses a key challenge in financing the proposed 2021 Budget. Ndubuisi Francis examines the various measures explored by the federal government to stem the tide

While presenting the 2021 Appropriation Bill to the National Assembly on October 8, President Muhammadu Buhari emphasised that, “Revenue generation remains our biggest challenge.” This is not strange. Over the years, revenue shortfalls have continued to be the bane of implementation of government’s fiscal plans.

The proposed 2021 budget with an aggregate expenditure, which includes government-owned enterprises (GOEs) and project-tied loans is projected at N13.08 trillion. This represents a 21 per cent rise over the revised 2020 budget.

The aggregate revenue available to fund the 2021 budget is projected at N7.89 trillion, which is 35 per cent more than the 2020 Revised Budget of N5.84 trillion. In aggregate, 31 per cent of projected revenues is to come from oil-related sources, while 69 per cent is to be earned from non-oil sources.

Overall, the size of the budget has been constrained by the relatively low revenues.

At the recent public presentation of the 2021 budget proposals, the Minister of Finance, Budget and National Planning, Mrs. Zainab Ahmed, listed a number of measures to boost revenue generation and block leakages.

She said: “Several measures are being instituted to improve government revenue and entrench a regime of prudence with emphasis on achieving value for money. The goal of fiscal interventions will be to

The minister noted that, among others, the administration would improve the tax administration framework to optimise government revenue as a major thrust of the Strategic Revenue Growth Initiative (SRGI), adding that a Tax Expenditure Statement (TES) had been included as part of documents accompanying next year’s budget to the National Assembly.

To enhance independent revenue generation and collection, Ahmed noted that the government would aim to optimise the potential, operational and collection efficiency of GOEs with a view to generating significantly higher revenues required to fund the federal government’s budget from this source.

To give practical expression to this with a view to promoting fiscal transparency, accountability and comprehensiveness, Ahmed disclosed that the budgets of 60 GOEs are for the first time integrated in the FGN’s 2021 Budget proposal.

Providing further insight into why greater attention is being focused on the GOEs, the minister said: “The 60 government owned enterprises are agencies or businesses that are owned by government. Government provided the capital to run them. In fact, government in one way or the other is still sustaining them. But over the years, they have been having their own individual budgets, not integrated with the national budget.

“The fact is that we are not seeing the total government spend by leaving them sitting on their own as individuals and in service. We have brought them in so that you see the total revenue performance, the total expenditure performance, and you see the total debt, and it has helped us in terms of showing the world the total spending–the total budget of the government. The agencies will be monitored by the Budget Office of the Federation, Accountant General of the Federation, the Auditor General also has a statutory functions to monitor these agencies, the Fiscal Responsibility Commission (FRC) also has the responsibility to monitor these agencies.

“This is in addition to what the revenue directors will be doing on daily basis. So, we just put in more pressure on these enterprises because government investment is not yielding much in terms of returns.”

Before the recent public presentation of the 2021 budget proposals , the minister had revealed about plans to deploy directors of finance and accounts to 10 select federal government owned enterprises (FGOEs) to help improve revenue performance, ensure transparency and prevent further leakages in accruals.

In an interview with THISDAY on the 2021 budget proposals, a financing expert and President, Capital Market Academics of Nigeria, Prof. Uche Uwaleke, commended the executive arm for submitting the budget proposal in good time to allow the National Assembly sufficient period to consider and pass the appropriation bill.

Uwaleke believes the assumptions and budget parameters are realistic except for the exchange rate of N379 to the dollar that may not hold due to the ongoing process of unifying exchange rates across all forex windows by the Central Bank of Nigeria (CBN) consistent with the International Monetary Fund (IMF) prescription.

“I also think the real GDP growth rate projected at 3 per cent is a little ambitious in view of the impact of COVID’19 on the economy expected to linger till next year. This is why the recent Fitch report on Nigeria projects a GDP growth rate of 1.3 per cent for the country in 2021.

“I wish to note that the budget proposal seems to have set the right priorities with the bulk of capital spending going to Works and Housing, Power and Transport. For the first time in many years, the capital allocation to Education and Health are above that of defense.

“I must add however, that new borrowings of over N4 trillion to part-finance a deficit of over N5 trillion is worrisome given the already huge amount of over N3 trillion allocated to debt servicing alone.

“COVID-19 notwithstanding, the deficit-to-GDP should have been kept within the 3 per cent threshold stipulated in the Fiscal Responsibility Act 2007. I hope the National Assembly will consider any amendment within the budget envelope of N13.08 trillion and not end up jacking up the figure.”

On the increased role of monitoring GOEs by the Office of the Auditor General for the Federation (OAuGF) and the Fiscal Responsibility Commission (FRC) despite the low budgetary allocation to the two agencies, Uwaleke said their expected roles will be more in the area of monitoring to ensure that revenue collected by MDAs are remitted to the federal government after making permissible deductions in line with the Fiscal Responsibility Act of 2007.

He said: “This has not been the practice, which is why the government hardly meets its independent revenue targets. It is for this reason that directors of finance are being posted to MDAs to monitor revenue collections. The government has also placed a limit on the ratio of cost to revenue that MDAs are allowed to incur.

“This does not require additional funds per se since the officers are already in the employ of the government. I think the effective implementation of these measures will enhance government independent revenue.

“Their expected roles will be more in the area of monitoring to ensure that revenue collected by MDAs are remitted to the federal government after making permissible deductions in line with the Fiscal Responsibility Act of 2007.

“This has not been the practice which is why the government hardly meets its independent revenue targets. It is for this reason that Directors of Finance are being posted to MDAs to monitor revenue collections.

“The government has also placed a limit on the ratio of cost to revenue that MDAs are allowed to incur. This does not require additional funds per se since the officers are already in the employ of the government. I think the effective implementation of these measures will enhance government independent revenue,” he said.

Also in his reaction, the Lead Director, Centre for Social Justice (CSJ), Eze Onyekpere, said the revenue challenge “is a serious one which is compounded by the refusal of the authorities to come clean with the figures in some instances and in others, deliberate understatement and mischief.”

According to him, while giving the breakdown of the 2021 budget estimates, the Minister of Finance indicated that stamp duties collected between January and September 2020 had yet to be brought into the fiscal account.

He stressed: “So, there are no figures for actuals. What exactly does this mean at a time the government is looking for money to fund the budget and borrowing excessively? It means nothing short of the fact that the authorities are withholding fiscal information from Nigerians; that the books and accounting for stamp duties have not been properly kept and done and some backroom negotiations and cleaning out are ongoing. “Otherwise, why is the government not able to account for stamp duties after nine months of collecting the same? Where is the detailed account of the collection in previous years?

“Check the projection for revenue from minerals and mining for 2020, N1.90billion was projected and only N1.45 billion is the actual collection. For 2021, only N2.6 billion is projected for the revenue head and when this projection is pitched with recent media reports on the gold transaction between the Central Bank of Nigeria and Governor Matawalle of Zamfara State, we will realise the massive fraud and shortchanging of the treasury going on in the sector.

“The value and quantum of solid minerals mined in Nigeria on a yearly basis will be in trillions, if the federal government lives up to its sacred duty of harnessing public resources to develop Nigeria. This duty should not only be activated in the pursuit of oil and gas, but also must extend to all mineral resources, from gold to bitumen, etc.” 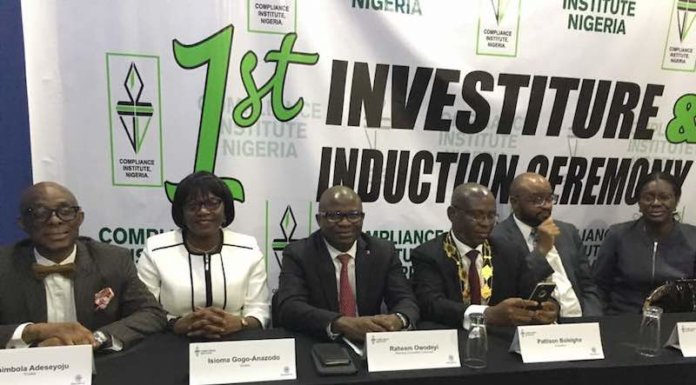