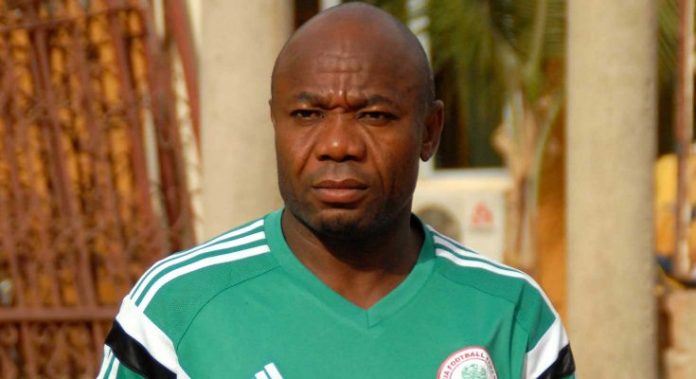 Ajayi is having his second best goalscoring season since joining Al Ahly, with 11 goals in 42 games. He still has at least two games, in the CAF Champions League and the Egypt Cup, to break his first season’s record of 12 goals.

He also lifted his fourth league title with the Red Devils and could be on the verge of winning his first domestic treble.

Al Ahly have qualified to the Champions League final where they will face the winner between Zamalek and Raja Casablanca. They are also set to play Second Division side AbouQir in the Egypt Cup quarter-finals.

Despite being a regular in Nigeria’s youth teams, even winning the U-23 AFCON in 2015. Since moving to Cairo Ajayi was barely considered for a spot in Gernot Rohr’s.

The German manager called-up the 24-year-old just one on 2018, where he played just two minutes against in a 2-0 defeat to Serbia.

“I believe that Ajayi deserves to be given an opportunity like every other player and then it is up to him to take the opportunity,” Amunike told ESPN.

“He has been with Ahly for many years now and he has been doing very well and playing at a high level consistently. I think that looking at what he has done with Ahly club he deserves to be given the opportunity.

“It will now be up to him to make a statement that will convince the technical staff that he has something to add to the team,” he added.

Speaking in the same vien, former Nigeria international, Jonathan Akpoborie, agrees with Amunike saying that he could be a valuable asset.

“Ajayi deserves the Nigerian shirt. Compared to most of the strikers I have seen so far for Nigeria. He scores and can create chances for his fellow players,” Akpoborie explained.

“He is fast and he is an all-round striker that scores goals from inside and outside the box. He will be a valuable asset for the Nigerian team,” he concluded.