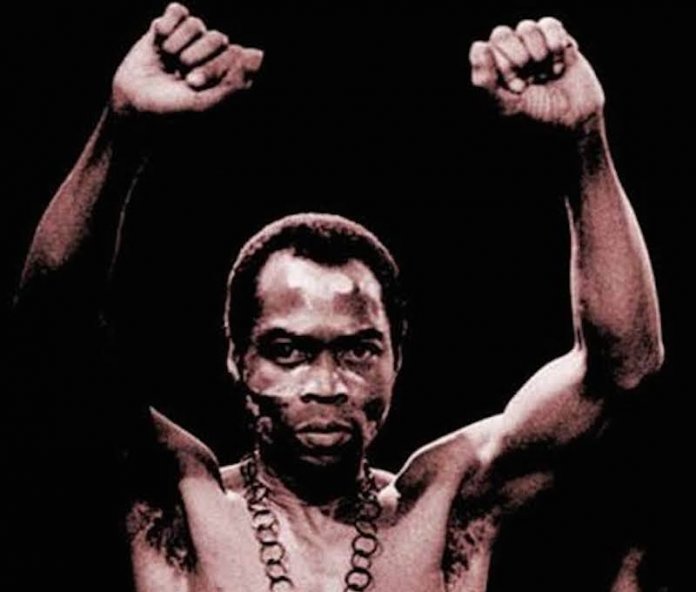 Music makes us move, mend broken hearts and heal emotional wounds. But then, history preserves the memory of a massive portfolio of works across the music genres that had become artistic statements against police brutality.

Across the globe, protests against police brutality had been marked by chants and songs from conscious artists whose voices had become iconic in uniting the people against any form of oppression of the human spirit.

From hip-hop to reggae, protest songs had become global anthems, travelling acrossvarious music notations. In fact, one of the most renowned romantic singer-songwriters, Marvin Gaye lent his voice to police brutality in the 1971 classic, “What’s Going on” which is markedly different from his later bedroom-igniting songs like “Let’s Get it on” and “Sexual Healing.”

Bob Marley’s “Redemption Song” underpins the theme of mental slavery and is listed as number 66 in the 500 greatest songs of all time. Its easy flow has made it a toast of other artists who made cover versions including Nigeria’s Majek Fashek.

But nothing compares to the lyrics found in Tracy Chapman’s “Talkin’bout A Revolution” as it paints the picture of what many witnessed in major cities across Nigeria in the past two weeks.

Many EndSARS protesters in Nigeria had claimed that most unlawful arrests, extortion and killings by the police originated from the error of profiling.

It’s a sin to forget the place of hip hop matyr, Tupac Shakur in the struggle against police brutality. The reality is dauntingthat Tupac never met SARS yet his lyrics in verse three of the song “Changes” were very graphic truths about the operation of the police:” You got to learn to hold ya own/they get jealous when they see ya with ya mobile phone/ But tell the cops you can’t touch this/ I don’t trust this/ when they try to rush and bust this.” Changes, released in October 1998, is one of the post-humous hits for Tupac.

Still, Tupac’s Changes is not as graphic as Wyclef Jean’s “Diallo” -based on true life story of an African immigrant, Amadou Diallo who was shot 41 times by four undercover police. Wyclef asks questions that some Nigerian young men would likely answer in the affirmative in this song: “Have you ever been held against your will?/ Taken to a dark place/where not even scientists can reveal?/ So what is for Ceasar/ let it be for Ceasar/ Cause we don’t want no peace/ We want equal rights and justice.”

Rapper and actor, Childish Gambino swept the Grammys in 2019 with the song, “This is America” who treats gun violence alongside other issues such as police brutality. The song generated a lot of covers and controversies around the world because the themes resonated in other climes. In Nigeria, rapper Falz did his own version of the song titled, “This is Nigeria” where he made a comical interpretation of police brutality, corruption and bad leadership.

2Baba and Sound Sultan’s collaborative track titled “Ole”raises alarm over the mass extortion and torture of Nigerian citizens by the police and warns that a revolution may take place, with the lyrics, “One day bush meat go catch the hunter.” That song enjoyed some airplay, was never taken seriously by those in authority and it fizzled out of airplay to give way to club bangers. Through the medley of club bangers shot came this track, “Oga Police” by Psquare where the duo sang about police oppression and extortion.

The global catalogue of music against police brutality will be incomplete without the mention of the Abami Eda, Fela Anikulapo-Kuti who spent his entire life on and off-stage fighting not just police brutality but its enablers such as corruption, bad governance, religious bigotry and other vices. Songs like “Sorrow, Tears and Blood,” “Unknown Soldiers”, “Zombie” and “Beasts of No Nation” are some of his songs that referenced brutality by police and soldiers including his personal account of the destruction of his Kalakuta Republic in February 18, 1977 which remained in the books of unsolved crimes in Nigeria.

Music preserves the memory of man’s inhumanity to man and no matter the attempt to whitewash the truth, the music never stops- to remind us.