Following the looting of a warehouse belonging to the National Agency for Food and Drug Administration and Control (NAFDAC) in Kaduna State, where seized fake and expired drugs were said to have been stored and awaiting destruction, the House of Representatives has called on Nigerians to be careful of the kind of drugs they purchase and consume at this critical period.

The Chairman, House Committee on Healthcare Services, Hon. Yusuf Tanko Sununu, made the call on Tuesday while engaging heads of various agencies under the committee during the 2020/2021 budget defence.

Sununu said the drugs stolen from the facility in Kaduna were impounded or seized by the agency who was waiting for clearance and approvals from the relevant authority to destroy same.

Meanwhile, the committee rejected the budget presentations by four different agencies and declined approval for their 2021 budget proposals, saying that they were poorly prepared.

The agencies sent back to rearrange their documents and return to the committee are NAFDAC, National Blood Transfusion Services (NBTS), the Institute of Public Analysts of Nigeria (IPAN), as well the Inter-country Centre for Oral Health in Africa.

Sununu particularly frowned on the proposal made by one of the agencies (IPAN), who seeks to acquire a headquarters building in Abuja, but only proposed a little above N1 million in the budget.

The lawmaker said the institute has only succeeded in ridiculing Nigeria as a country, adding that the budget is a constitutional matter that should be taken very seriously.

He told the head of the institute, Mr. Aliyu Angara, that what he had presented was laughable and unacceptable to propose just N1 million for the construction of a headquarters building in Abuja.

Another agency, Inter-country Centre for Oral Health in Africa, in its submission by its Director General, Sani Balarabe, said that the centre is hampered by lack of funding, appealing to the lawmakers for an alternate funding.

Responding, the lawmakers expressed displeasure in the manner in which government handles the Centre for Oral Health, saying that the habit of leaving funding for important institutions in the country to foreign donors is appalling.

The Committee’s Deputy Chairman, Samuel Adejare, said if Nigeria cannot make adequate financial inputs to make the centre functional, then it should relinquish it to another country.

He noted that it’s only responsible for government to honour every agreement it has entered into as a serious country, particularly as it relates to institutions cited basically on the understanding that there will be counterpart funding from government.

The lawmakers resolved to pay an oversight visit to the agencies for assessment before considering its 2021 budget. 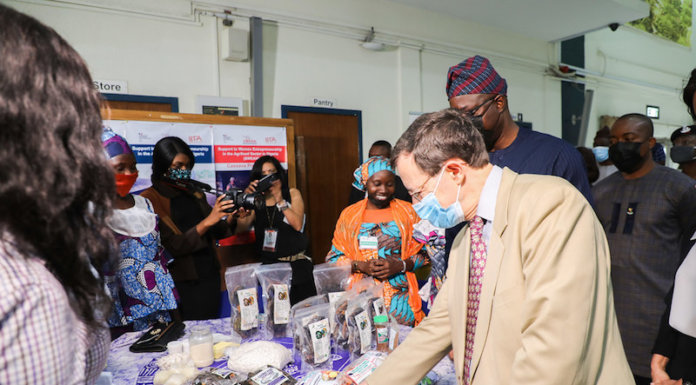