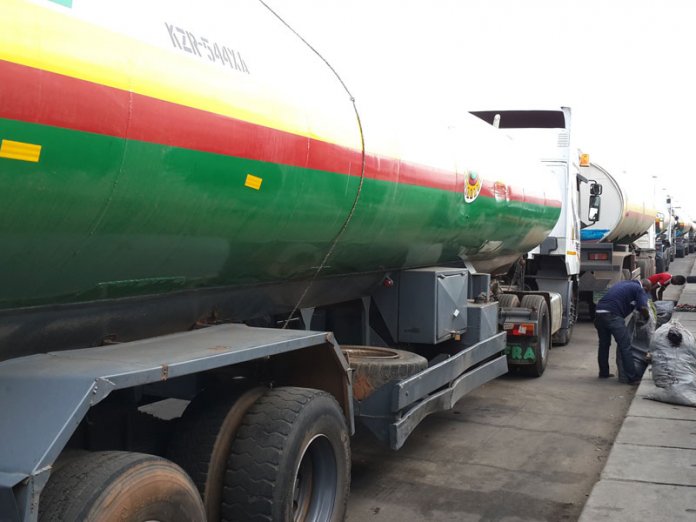 Seven suspects alleged to be Nigerian stowaways were yesterday detained aboard an oil tanker off the Isle of Wight after a mayday alert on the Liberian-registered oil tanker, named the ‘Nave Andromeda’.

The vessel crew believed to be carrying 42,000 tonnes of crude oil with about 15 to 20 members on board reportedly raised the alarm after the stowaways smashed glass on board and even made threats to kill.

Army assistance was thereafter requested, with the crew thinking that the tanker had been hijacked, although attorneys representing the homeowners of the vessel, which had come from Nigeria, told BBC that that wasn’t the case.

The Nave Andromeda was built in 2011 and weighs 42,338 tonnes and was recognised to be docked in Lagos on October 6, although the ship is registered in Liberia and had set out on a voyage from Lagos to Southampton on 6 October.

Online tracking website Marine Traffic displayed its planned arrival time as 10.30am yesterday, but shows the ship almost stationary in the English Channel.

It is currently off the southeast coast of the Isle of Wight, near the seaside town of Sandown, the report said.

Two coastguard helicopters were scrambled to the scene and were spotted circling the ship on Sunday afternoon, and an exclusion zone was set up in the area south of Sandown.

A Coastguard spokesperson said: “We are currently assisting Hampshire Constabulary with an incident on board a vessel situated off the Isle of Wight.

“The search and rescue helicopters from Lee on Solent and Lydd are in attendance.”

An elite military unit later stormed the crude oil tanker near the Isle of Wight and detained seven people, following reports that stowaways had attempted a hijacking.

Hampshire Police said it received warnings at around 10am that stowaways onboard a ship south of the island had made “verbal threats” to its crew.

The Ministry of Defence confirmed shortly after 8pm that armed forces had boarded the vessel and detained seven people.

“In response to a police request, the defence secretary and home secretary authorised Armed Forces personnel to board a ship in the English Channel to safeguard life and secure a ship that was subject to suspected hijacking,” it said in a statement.