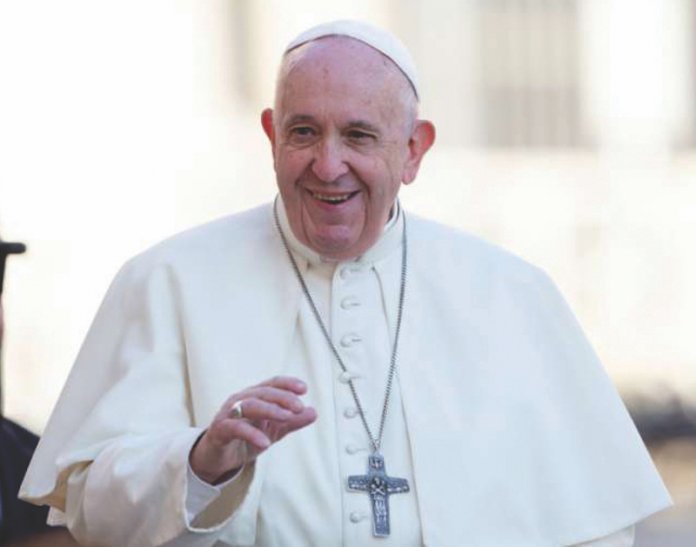 The Pope yesterday expressed his concern at continuing violence in Nigeria, and appealled for social harmony in the promotion of justice and the common good.

According to the Vatican News, Pope Francis during the Sunday Angelus also appealed for an end to violent clashes in Nigeria.

From his studio above St Peter’s Square, the Pope said he was “following with particular concern the news that is coming out of Nigeria.”

He said, “The violent clashes between security forces and a number of young people protesting.”

“Let us pray to the Lord so that any form of violence might be avoided, in the constant search for social harmony in the promotion of justice and the common good.”

In the latest developments, Nigeria’s top police official on Saturday ordered the immediate mobilisation of all officers to “reclaim the public space from criminal elements masquerading as protesters”.

His order came after days of peaceful protests over police abuses and then violent unrest that left at least 69 people dead.

There are fears this latest police order could fuel further tensions after the country’s worst turmoil in years.

The demonstrations in Nigeria, and the shootings by soldiers sparked immediate international condemnation.

The protests, which feature many young people, began with calls for a police unit, the Special Anti-Robbery Squad (SARS), to be shut down.

Now demonstrators are calling for broader reforms in the country.

President Muhammadu Buhari disbanded the unit on October 7, which has been accused of accused of torture and extra-judicial killings.

The new police order came as a 24-hour curfew loosened for the first time Saturday in Lagos, a city of some 20 million where wealth and poverty are in sharp contrast, inflaming grievances over inequality and corruption.