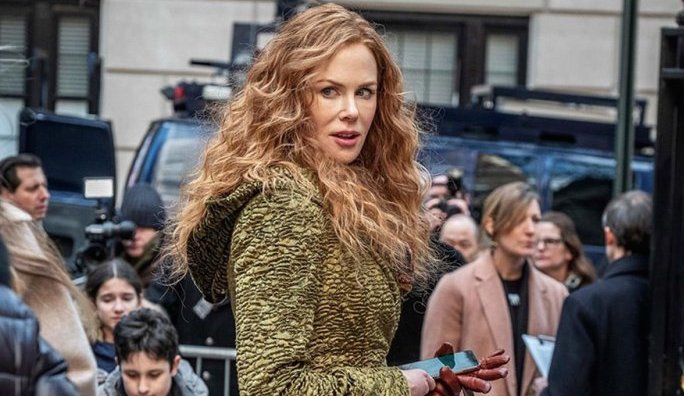 Fans of the hit TV series ‘Big Little Lies’ will find a few similarities between the film and the new miniseries ‘The Undoing’. Apart from sharing the same network, HBO, the two productions are written by David E. Kelley and have the Hollywood star Nicole Kidman as the lead character. More importantly, they are plotted around the familiar Hollywood storyline: mystery murder revolving around rich families. The six-part series directed by Susanne Bier is based on the 2014 novel ‘You Should Have Known’ by Jean Hanff Korelitz.

Premiering on the network Sunday, October 25, and also available on Showmax, the streaming platform of DStv, the pulse of the film is felt in the first two episodes (only five episodes were available for pre-screening). We are introduced to Kidman’s character, Grace Fraser, a typical privileged white woman. She is the daughter of an influential man in New York City, Franklin Reinhardt (Donald Sutherland) and married to a supposedly successful pediatric oncologist Jonathan (Hugh Grant). The couple has a son Henry (Noah Jupe) who attends an elite school in the Manhattan neighbourhood.

A therapist, Grace spends her days counselling people with relationship problems. With her beguiling stares, she can rip apart her clients’ emotional veneers and confront the underlying issues. Grace enjoys the trips to her son’s school where she belongs to the auction committee made up of wealthy mothers of the students. The committee has the quirks of a moms’ club: nosiness and superciliousness. Thus, when the sloe-eyed and unnerving Elena Alves (Matilda De Angelis), a young mother of a scholarship student, joins the committee, they snort and make side glances. If her unabashed behaviour of openly breastfeeding her baby startled them, Elena could care less. She was fixated on Grace.

Bier used Elena as a magnet to pull in viewers to the mystery plot. Her fixation on Grace is expected to unnerve viewers just as she expects Grace to be unnerved by her nudity at a gym scene.

The sudden murder of Elena and the disappearance of Jonathan sets the drama in motion. Kelley intrigues the viewer with the explosive secrets of the charming Jonathan, making him a prime suspect in the murder. Detective Joe Mendoza (Edgar Ramirez) who leads the investigation discovers that Jonathan had an affair with the deceased and fathered her daughter.

The quest to find the murderer while deconstructing the innocent stance of Jonathan is spread in the subsequent episodes but fails to excite. The scenes drag too long, showing Kidman’s hesitance to believe her husband’s innocence as she learns more secrets about him. Yet, Kidman finds a way to embody her character well. From her controlled gazes when she is taunted by Elena’s face on the billboards of a pre-COVID New York City to her confusion when Detective Mendoza considers her a suspect for being seen on the crime scene. All of these spread across three episodes could have been meticulously shortened.

Notwithstanding, ‘The Undoing’ shines in the way it portrays Kidman’s character. From being the discerner of people’s weaknesses, Grace finds herself being scrutinised by others. In one scene, Detective Mendoza asked her if she was angry at her husband’s infidelity. In another, her husband’s public defender played by Douglas Hodge disclosed to her that she may be suffering from Post-Traumatic Betrayal (PTB). The undoing of her perfect life gives the series a good boost.