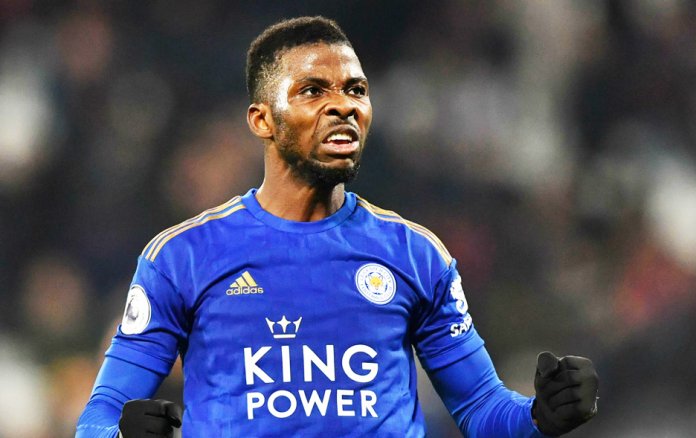 Kelechi Iheanacho became the first Nigerian-born player in history to assist two goals in a single Europa League match in Leicester City’s 3-0 rout of Zorya Luhansk at the King Power Stadium on Thursday night, according to OPTA.

The Nigeria international got the nod to lead the attack in the absence of Jamie Vardy and claimed the assists for the goals scored by James Maddison and Harvey Barnes.

“So yes, I thought we played very well in spells of the game, scored good goals, and their system really tests you. I thought Harvey’s goal was a great individual effort and showed great composure,” Rodgers told LCFC TV.

“Madders (James Maddison) being up there and wanting to score was terrific and our pressure for the third goal was really good and Kelechi, he slots it away really well.

“So, very pleasing, we can be better in areas, but like I say, to start with a win in the group was important.”

Nigeria-eligible winger Bukayo Saka was involved in three goals (1 goal, 2 assists) for Arsenal in their 3-0 rout of Eintracht Frankfurt on the opening day of last season’s Europa League, a feat repeated by Iheanacho against Zorya.