Recently labour unions representing the workers at the Federal Airports Authority of Nigeria reiterated their rejection of plan by the federal government to concession major airports in the country, insisting that there will be lack of transparency in the process, Chinedu Eze writes

Although when transparently conducted and subjected to the right legal and administrative framework with effective supervision from the Infrastructure Concession Regulatory Commission (ICRC), airport concession would be the true solution to inadequate and obsolete airport facilities, as government does not have the resources to fund the modernisation of airports.

Industry experts believe that if given to core investors that have experience in airport management, Nigeria’s major airports would be upgraded to compete with the best in the world. That was the objective hammered by the federal government as the reason why the Minister of Aviation, Senator Hadi Sirika insisted that the airport facilities must be given out in concession.

Sirika in the explanation he gave recently in Abuja on why government has insisted the airport facilities be concessioned, noted that with limited resources at the behest of government, it only makes sense to bring in the private sector in the areas they can be allowed to participate in the development of the airports and that is the modernization of airport terminal and ancillary services.

Sirika said every agency in the aviation industry is very important; so when government has ceded the development of airport terminals to the concessionaire, government would now concentrate in providing other critical facilities like airfield lighting, radar coverage, radio coverage and security.

“Every single agency in civil aviation is so critical that we need to fund it and because we understand the nature of this business, that was why we have now introduced the concession of our airports. We have now done the outline business case; we are now going ahead for the procurement to concession the airports.

“The reason is simple and that is because this government, the APC administration, is social democratic in nature, it does not want to sell national assets. It wants to keep the assets with the people but we can concession them and improve them to make them better. We are very sure that when we do that we will improve the revenue of the nation,” Sirika said.

COVID-19
Sirika explained that the coronavirus pandemic exacerbated the fiscal challenges in the aviation industry and has made the decision to concession the airport facilities critical.
“Take for example the COVID-19 pandemic, we are the greatest hit sector. At the time when we came and in order to implement our agenda, which is called aviation road map, when we began to implement it, we slowly became the second fastest growing sector. Within the three years of implementation of that roadmap, we became in 2018, the second fastest growing sector of the Nigerian economy and just before COVID-19, we became the fastest growing sector in the Nigerian economy.

“But unfortunately, COVID-19 came and we shut down. We are not in the business of selling phones that we can still sell and get the required revenue. The revenue for yesterday is lost.
“Therefore, we were hugely impacted by the COVID-19 and with this COVID-19, I think until fourth quarter of 2021 and perhaps quarter one of 2022, we will continue to see sharp decline in passengers and that is directly proportional to the revenue that we collect, because people’s confidence has to be raised.

“They have to begin to want to fly again and certain factors that encourage propensity to fly are also being eroded during this period. So, we are in difficult and challenging times and we do not have solutions to it even as advanced countries are spending huge amounts of money to support civil aviation businesses.
“The government, because of the challenge of funding has not been able to respond to civil aviation requests and civil aviation funding like other countries have done.”

Opposition to Concession
Secretary General of the National Union of Air Transport Employees (NUATE), Ocheme Abba alleged that it is not only that the federal government is not following any due process, but it is not even concessioning the airport to genuine investors. He insisted that top government officials are giving the airports to themselves.

Speaking to hundreds of FAAN workers in a rally with the Air Transport Service Senior Staff Association (ATSSSAN), at the Freedom Square of the Murtala Muhammed International Airport, Lagos recently, Abba said that there was no protection of workers’ interest in the concession plan and reiterated that labour and workers do not support the concession plan.

Abba said the concession programme was done in a way to cripple and finally destroy FAAN and explained that already the federal government owes China about $1 billion as the cost of the four new terminals built at the aforementioned airports, which would be paid by FAAN; so monies accruable to the agency would be used for debt servicing, maintenance of other 18 airports and other expenses leaving nothing for FAAN to survive with.

Lack of Sincerity
Abba alleged that the concession programme was done in a way to cripple and finally destroy FAAN and explained that already the federal government owes China about $1 billion as the cost of the four terminal built at the aforementioned airports, which would be paid by FAAN; so monies accruable to the agency would be used for debt servicing, maintenance of other 18 airports and other expenses leaving nothing for FAAN to survive with.

“So the point is, these new terminals have already been concessioned and what is happening is that the federal government is seeking to concession a concession. Now, this concessionaire will take 60 per cent; I’m sure you’d want to ask me what is his contribution what is he going to do? According to the plan, which is based on study according to the traffic flow, there will be no need for any expansion in this terminal until the year 2045,” Abba said.

Labour insisted that the federal government is not sincere about the concession. Abba alleged that what the Minister wanted to do is for FAAN and labour to recognise what government wished to do. With that recognition, it would just foist already arranged concession contraption on the country.

“So the whole programme about concession is that some people want to give this thing to themselves, and that is why they went and got Transaction Adviser who did not go through any process of selection, there was no bidding to select and who does not have a name anywhere in the world.

“And the news will be all over the world. But they are not the ones who own the airports and they will not invest one penny but they will take the patrimony you and I that our fathers and our father’s fathers have worked to build. A few of them will inherit it and the rest of us will go and beg,” Abba said.

Speaking recently in the same vein, the Nigeria Labour Congress (NLC) condemned the ongoing plans by the federal government to concession the, “most four viable airports,” across the country.

In the letter sent during the protest, the NLC, President, Comrade Ayuba Wabba, had warned the federal government to desist from further contemplation, discussions and arrangements to concession the international airports and called for dialogue between government and labour.

“Nigerians may recall that the current concession drive of the present government did not start today. It has been part of the neo-liberal predilection of successive governments stretching from the days of military rule up till the current democratic dispensation to privatise, deregulate, and concession critical national assets to their cronies and friends. Organised Labour has identified this approach to governance as reactionary, predatory and self-serving. We rejected the concession of our core national assets yesterday. We are rejecting it today.

“The unwholesome and unpatriotic attitude of giving away our prized national property to private sector operatives is not only unjust and immoral but also in ultra-violation of Chapter 2, Section 16 of the 1999 Constitution of the Federal Republic of Nigeria on the Fundamental Objectives and the Directive Principles of State Policy which states that the Nigerian government must manage and operate the major sectors of the economy and ensure that that our economy is not operated to permit the concentration of wealth or the means of production and exchange in the hands of few individuals or of a group,” he said.

Severance Pay
NUATE Secretary-General who spoke on behalf of the aviation unions, told the workers during the rally that the federal government did not have any provision to protect their interest in the concession and might not be disposed to severance package for the workers who might be disengaged. He insisted that the concession would not take place because it is against the interest of the Nigerian people and that of the FAAN workers.

“If they take over the place, where will FAAN send its workers? We are taking our time to explain to the public that those midwifing the programme will be the beneficiaries of this crooked arrangement. And why we speak about it is that we need to be well understood that we are not fighting for our own personal interest. We are fighting because of this continued pillage by a few privileged people taking our common patrimony and sharing among themselves.

“That cycle must be broken and Providence has placed upon the shoulders of FAAN workers the responsibility to break this cycle of thieving. And I charge you not to fail Nigerians on this responsibility. As far as we know, this concession is already dead,” Abba said. 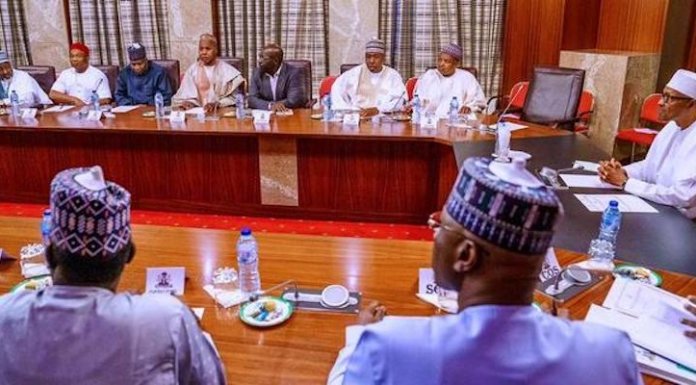