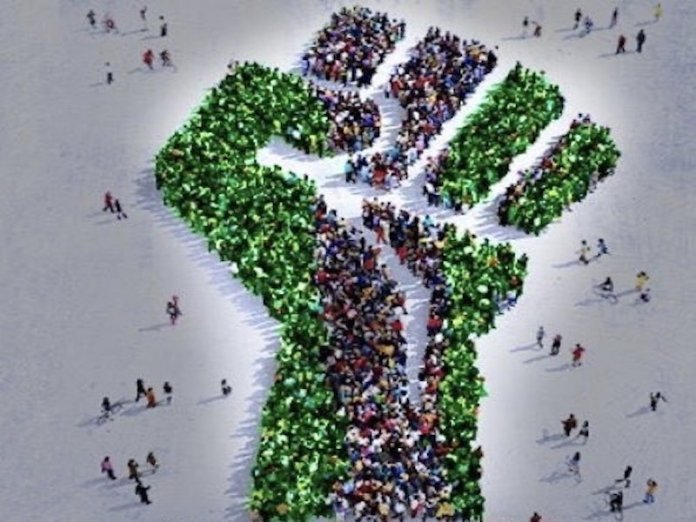 There was a time when Nigerian creatives, particularly musicians were pilloried for not lending their voices to social and political issues in the country. But the past few days have seen creatives banding together to call for a better Nigeria.

Whether offline or online, these creatives initiate, join and support the #EndSARS protests that have rocked the country for over two weeks. Leveraging on their popularity, they led young Nigerians to fight for their rights and kick against police brutality and bad governance.

DJ Switch: On Tuesday, October 20, Obianuju Catherine Udeh, popularly known as DJ Switch was crowned a hero after her bravery in capturing the killings at the Lekki Tollgate. Streaming live from the grounds of the protests, the female DJ told the world about the unjust shooting at the Lekki protesters, revealing the name of the soldier in charge of the operation, Brigadier General Francis Omata.

She didn’t stop there. While many feared for her life, the musician helped convey the wounded to hospitals capturing their situation in videos. On her official Twitter account, DJ Switch wrote: “We can never left (sic) the blood of our fallen go to waste! This change must & will happen! Hit us with ur best shot! We are standing together now! No division by the government & “nonleaders” shall prosper #EndPoliceBrutalityinNigera.”

Falz: Credited to have initiated the recent #EndSARS campaign against police brutality, Folarinde Falana better known as Falz, has been at the forefront of the campaign. Not only did he encourage protesters to tweet about the campaign aggressively on the microblogging site Twitter, but he also educated them on the legal system and their fundamental rights. Son of the renowned human rights lawyer and activist, Femi Falana, Falz’s activism side has been on display since he released the song ‘This Is Nigeria’ in 2018. The music video captured the political and social ills of the society in three minutes and 43 seconds garnering over 19 million views on YouTube. In that video, he also highlighted the harassment of individuals by the disbanded Special Anti-Robbery Squad (SARS).

The special police unit triggered the new wave of protests that have left scores dead and many injured. Falz followed the song up with his fourth studio album ‘Moral Instruction’, where he delved more into the social issues.

Burna Boy: Not one to keep silent over social and political injustices, afro-fusion star Burna Boy has been supportive of the EndSARS protest. After scores of casualties were reported on Tuesday evening following the shooting of valiant and unarmed protesters by security operatives, the ‘Monster You Made’ crooner took to Twitter to reach out to the United Nations. “@UN @AminaJMohammed @UNWatch the situation in Lagos is now out of control!!! You guys need to intervene even though I know there’s a protocol. This is SERIOUS!! #EndSARS.” He also promoted the online petition against the Nigerian government. “Implement sanctions against the Nigerian Government and officials – Petitions! We Need 100k signatures from UK Citizens for this to be tabled by parliament. Please Help is (sic) make our Killers pay.” As at the time of filing this report, the petition had exceeded its target with 129,448 signatures.

Davido: The ‘FEM’ singer is among entertainers who vigorously campaigned for the EndSARS campaign both online and offline while stressing that the protest was a peaceful one. Mainly on his Twitter page, the singer voiced his concerns and condemned actions of the government against the people. He tweeted on Monday, October 19, that “After seeing all that’s gone on today I just want to say that from the beginning we have preached that the protest must remain peaceful and Law Abiding and as far as I know we have kept to that! And we will continue to keep to that so the narrative can NOT be switched up on us!” By Tuesday, October 20, a day that will remain indelible in the hearts of many Nigerians, Davido screamed hell at the shooting of protesters at Lekki Tollgate where the protest has been peaceful. He also volunteered to help those who have been badly injured from the incident. “Please where is the hospital that most of the patients have been taken too?? Have they been treated for free? Is there a bill that needs to be paid? I need answers,” he tweeted.

Wives on Strike female Stars: Since the peaceful protests began, the female lead characters on the 2016 film ‘Wives on Strike’, Omoni Oboli, Chioma Akpotha, Uche Jumbo-Rodriguez, Ufuoma McDermott joined forces and raised funds to provide food for the protesters, particularly in Lekki. They encouraged the young protesters not to give up on their fight and ensured that they had the required energy to carry on. Their dedication is equally seen on social media platforms where they amplified their voices for a better Nigeria.