Condemns use of live bullets on protesters

The panel, which is headed by a retired justice of the Supreme Court, Justice Suleiman Galadima, is saddled with the responsibility of investigating allegations of human rights violations and abuse of power by operatives ofthe defunct SARS and other units of the Police, as well as determine damages or compensation payable in relations to any violation of human rights and refer any matter of human rights violation for prosecution to the Attorney General of the Federation or State Attorney General as the case may be.

Meanwhile, the commission has strongly condemned the use of live bullets against peaceful #EndSARS protesters at the Lekki Tollgate in Lagos state and some other parts of the country where state of emergency has been declared.

Executive Secretary of the Commission, Mr. Tony Ojukwu, who made the position of the rights body known stressed that “nothing short of holding accountable the officers who directed and unleashed the use of live ammunition against peaceful protesters will be acceptable”.

He also called for the arrest, investigation and subsequent prosecution of hoodlums, who infiltrated the protests and attacked police officers and destroyed properties of members of the public.

Speaking at the inauguration in Abuja, Ojukwu also made case for the compensation of innocent people who lost their properties due to the action of the hoodlums as they were not given protection by the law enforcement agents.

While calling on members of the public to remain peaceful, the commission called on law enforcement agents to stop miscreants from infiltrating the protests and that law enforcement agents must exercise caution and full restraint in responding to peaceful protesters as they will be held accountable for any violation.

Ojukwu said the Commission, following the directives of Vice President Yemi Osibanjo (SAN) carried out a comprehensive investigation of complaints on human rights violations by operatives of SARS and other arms of the Nigeria Police Force and came out with a recommendation of a comprehensive reforms to improve the system of policing in the country.

He said a three-man panel reviewed the report and advised the federal government on its implementation, adding that the disbandment of SARS and the signing into law of the Police Act 2020 are some of the key recommendations of the report.

Ojukwu said the names of SARS officials recommended for disciplinary and other actions have been submitted to the Police Service Commission (PSC), the AGF and the Inspector General of Police for necessary action.

According to Ojukwu, 35 SARS operatives are recommended for outright dismissal, 33 for prosecution, 23 for reduction in rank, 57 for monetary compensation and the arrest and prosecution of two operatives for auctioning and taking possession of peoples’ properties.

He said the NHRC will coordinate the activities in all the panels going on in the various states with a view to standardising proceedings and harmonizing reports of all the panels at state and federal level and submitting report with recommendations to the federal government for action.

“The essence of all the panels at the state and federal level is to give quick access to all Nigerians who have complaints against SARS and Police to air such grievances and also get quick justice in terms of compensation and prosecution of violators of human rights,” he said. 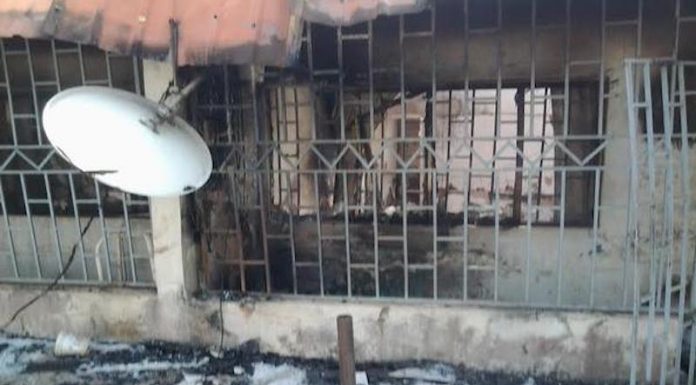