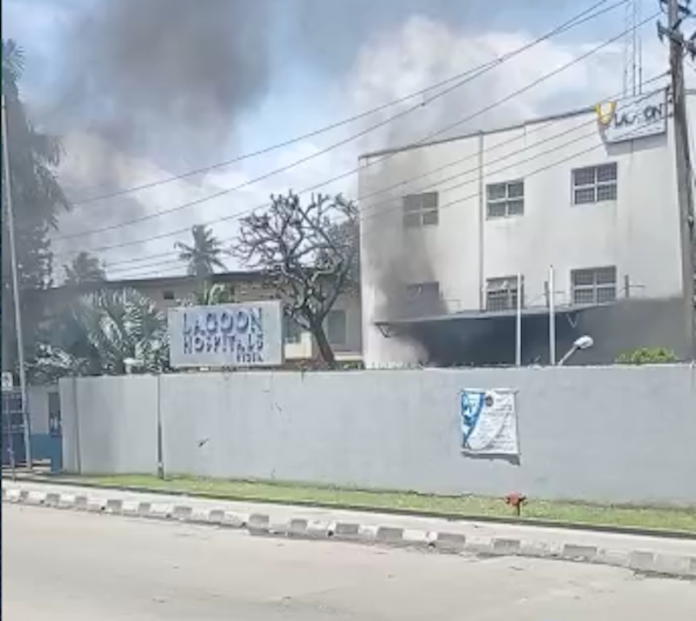 Some yet-to-be identified hoodlums attacked Lagoon Hospital at Liverpool, Apapa in Lagos after the hospital allegedly rejected a gunshot victim on Tuesday.

Following violent attacks across Lagos State, the police were said to have been deployed in Tin-Can area in an attempt to quell possible outbreak of violence.

According to reports, the armed policemen shot at the irate crowd, which unfortunately hit the victim.

Sources said the victim was, however, rushed to Lagoon Hospital where he was allagedly refused entry at the gate. And in a fit of rage, the thugs attacked the hospital.

A source within the hospital however debunked the claim that the hospital refused to attend to the victim, adding that he was brought in dead.

The source said the commercial.motorcyclist that brought the gunshot victim tried to abandon him, as he dumped the victim’s corpse outside the hospital and left.

The source added that the hospital did not know the corpse was left on the road, adding that Lagoon Hospital was committed to assisting all those injured.

The source further said no staff was harmed and all had been evacuated while the hospital had been closed.

Editor’s Note: This news report has been updated