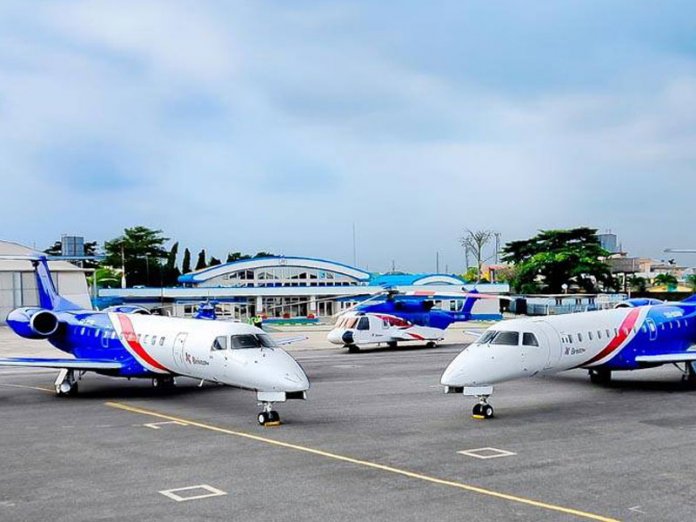 An Ikeja Special Offences Court Ikeja, Lagos, re-arraigned former staff of Bristow Helicopters Nigeria Limited on allegations of stealing and selling helicopter spare parts worth the sum of $307,830 belonging to the company.

The accused persons whose names are, Anietie Felix Obong, Akaninyene Mfon Okpoho and James Emiojere Dottie, were re-arraigned by the Federal Police Command on a five-count charge.

The alleged offences are bordering on uttering of false company incorporation document, forgery of company incorporation document, conspiracy to effect an unlawful sale, stealing and conspiracy to commit a felony to steal, which are contrary to Sections 468, 465, 467(2)(1), 518(6), 383(1) and 390(6) of the Criminal Code Cap. C38, Laws of the Federation of Nigeria 2004.

According to the Police Prosecutor, G.C Benneth, he told the court that the accused persons have been alleged to have stolen and sold spare parts of helicopters at the principal head office premises of Bristow Helicopters Nigeria Limited at the General Aviation Terminal, Murtala International Airport, Ikeja, Lagos.

The Defendants, however, pleaded not guilty to all the charges preferred against them by the Police. In view of the plea of the Defendants, the Prosecutor urged the court that Defendants be remanded in prison custody, pending the determination of the case.

First Defendant counsel, Adisa Oluwole, brought to the attention of the court that the Defendants had been granted bail before retired Justice Olusola Williams, and would like to continue on the said bail.

This view was also supported by the second defence counsel, Ali Aba, and third defence counsel, Tope Jimoku. Upon their applications, Justice Oluwatoyin Taiwo, ruled that the Defendants are to continue with the bail granted by Justice Williams.

Justice Taiwo then adjourned the matter to 18th of November, 2020 for trial.