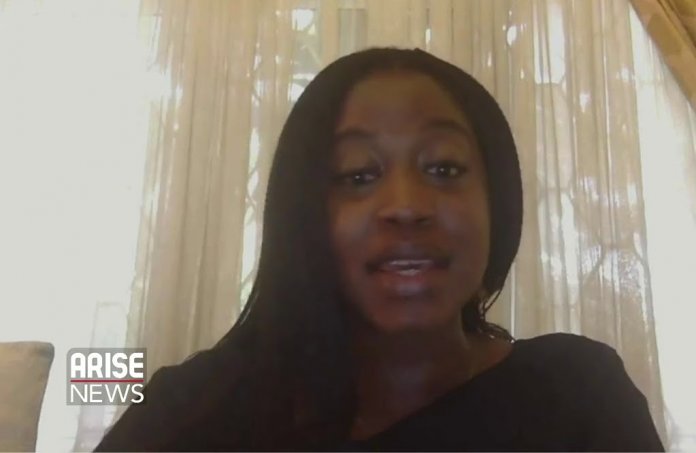 One of the people mobilising resources for the protesting youths, Ms Feyikemi Abudu yesterday said youths are still out there protesting because the government has not done enough to meet their demands.

Speaking on Arise News Television Channel Abudu said the protest is the most decentralized organization.

According to her, everybody is contributing and doing one thing or the other to make the protest a success. It is a joint effort and no single person can take credit for this.

On the federal government’s directive to states to establish a judicial panel of inquiry, she said it was a good step but said that there were immediate actions that the government could take before setting up these committees.

She said: “It is a good step in the long run and it is important to have the right people on the panel. But what everybody is asking for is accountability for offences already committed.”

She also raised the issue of inclusivity in the committee being set up by states to look at the issues raised by the protesting youths.

She observed that in the judicial committee set up by the Lagos State government there was only one slot for the youths. She wondered if other members of the panel would represent the interest of the youths.

She said that there was no need for the government to reach out to a single person because the issues raised by them affected everybody.

She said: “So whatever decision the government is taking should be tabled before the public. This issue of needing a representative is just not cutting it.

“We are saying that we want accountability. We want people to be prosecuted for the crimes they have committed. Not that they will just be redeployed to another place under a different name.”

She said “There is no need for a leader because the demands are there. In the past when they took actions they didn’t sit with any leader. We want them to take decisions that meet the demands of everybody.”

On the use of Bitcoin to raise money, Abudu said that everyone had just become resourceful.
According to her, blockchain and other technology solutions are some of the things that people are doing because they need to do this for themselves.

She said that the government had not shown enough faith to persuade the youths to abandon the struggle.

She said: “In the vast majority of the states nobody has been held accountable. Nobody has resigned. Those who were in charge of SARS are still walking the streets free. Families that have been affected, how has the government handled their situations.

“They will end when they will end. But there are still actions the government can take. Some of them could have been taken long ago.

“So far there is so much distrust that everyone is saying that the government is just announcing these things for the future. But right now there are things the government can do that it is not doing.”

She argued that the protests had fired up “a group of people who before now did not know the power that they have. After this is resolved, and in the future, people are not going to take things lying down.

“We have realized that we have a voice and people have to answer us and that we can hold the government accountable. This is where I see this going in the long run. It is going to fundamentally change how we relate to issues of injustices that are happening. People have woken up”, she said.

When asked when the protest would end, she said: “I can not speak for everybody. But the protest will end when the government has shown to the youth that it means business. For me personally, what that looks like is holding people accountable.

“In other countries where this kind of thing happened, people resigned, people lost their jobs and people were prosecuted, people were held accountable for the injustices that had happened. That is one thing I have yet to see.

“Another thing is these panels that are being created, what is the time frame, what is the priority., what should the public expect from the panels in six months.”

She said the terms of reference were also not clear to the public.

On the political implication of the protests, Abudu said people have realized that there are consequences for the people they put in power.

She said: “This galvanized movement will show up in the 2023 elections. All of us can come together and say that we have the power to determine how things go.

“I am very excited about the upcoming elections and the momentum we have built because it is the same momentum that people will use to exercise their right to vote. This will help us to hold people to account because we all participate in the process of putting the person there.”

Abudu said the protests did not have anything to do with Omoyele Sowore’s revolution now.

She said: “We are holding the government accountable. We are exercising our rights regardless of whether you voted in 2015 or not.

“We are not aligning with Sowore’s revolution now. We are asking the government to end SARS. We don’t have a second agenda.”