The Senate Minority Caucus has kicked against the nomination of Ms. Lauretta Onochie as National Commissioner of the Independent National Electoral Commission (INEC) by President Muhammadu Buhari.

President Buhari had in a letter read at Senate plenary on Tuesday by the President of the Senate, Dr Ahmad Lawan, requested the upper chamber to confirm his social media aide, Onochie, as well as three others as INEC Commissioners.

Reacting to the President’s request, Senate Minority Leader, Senator Enyinnaya Abaribe, said the nomination of Onochie was contrary to the provisions of the 1999 constitution of the Federal Republic of Nigeria (As Amended).

His words: “President Buhari by nominating Loretta Onochie has willfully gone against the constitution that he swore to uphold.

Item F, paragraph 14 of the Third Schedule of the 1999 Constitution (as amended) forbids a card carrying member of a political party to be a member of INEC. The Minority Caucus of the Senate is against this nomination and call on Mr President to withdraw it.” 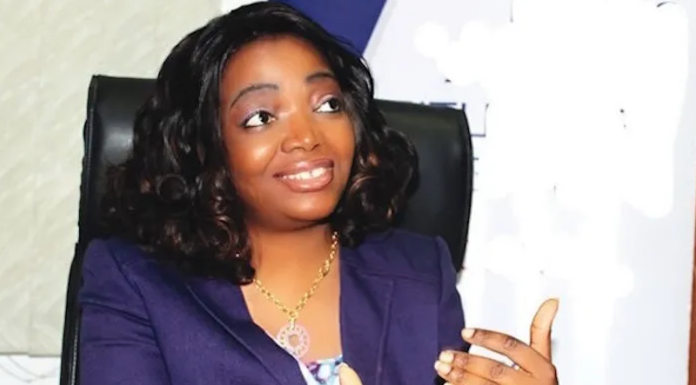