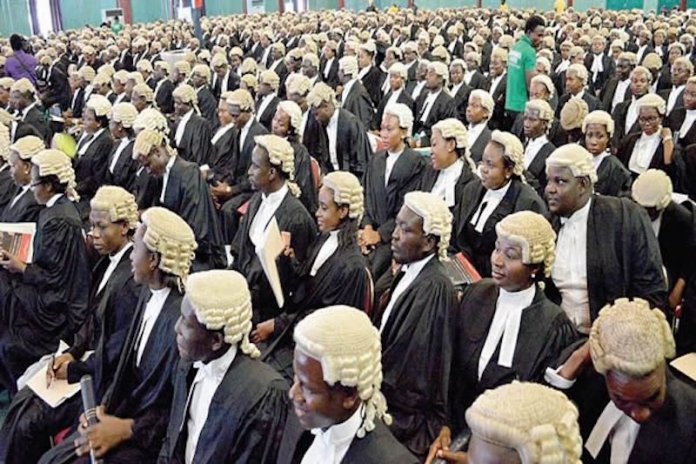 As the #EndSARS protests become widespread, at least 400 lawyers have concluded plans to provide free legal services to Nigerians detained for protesting against police brutality and extra-judicial killings in the country.

A human right lawyer, Femi Falana, confirmed the number of lawyers that had signified their intention to provide the services, adding that the Nigerian Bar Association (NBA) have also thrown its weight behind the protesters.

Falana, in an interview with a national television on Tuesday, stated that this was the first time a huge number of legal practitioners would be backing protesters in the country with their services.

He said: “I am happy to announce that not less than 400 lawyers have volunteered to render pro bono services to the detainees. And this is the first time that a huge number of legal practitioners have decided to come out and support protesters. Even the Nigerian Bar Association (NBA) has also decided to get involved in the entire protest”.

According to him, the Federal Government must implement recommendations contained in the Tony Ojukwu judicial panel of 2018 and that the solutions outlined in the report go beyond SARS disbandment.

Aside from that, Falana argued that the government must set up a judicial commission of inquiry that would investigate alleged killings of protesters and policemen as well as implement laws already enacted by the National Assembly for funding the police, especially on welfare.

He added: “The training of the police has to change particularly what happens in Police Colleges is primitive, the young men and women were often ordered to shave their heads and others. They needed to be treated like undergraduate in varsities and have human rights courses included in their curriculum.

“No Nigerian should be arrested in view of criminal suspects or for a civil wrong, for instance arresting a man’s wife after disappearing or for not appearing at the police station”.

Meanwhile, ongoing #EndSARS protest in Lagos on Tuesday paralyzed traffic in most parts of the state for the second day running.

The protest has paralyzed government work at the Lagos State Secretariat at Alausa, Ikeja.

Also, the Lagos tollgate area, inbound and outbound, along the Lekki Epe Expressway was on lockdown as protesters blocked the roads.