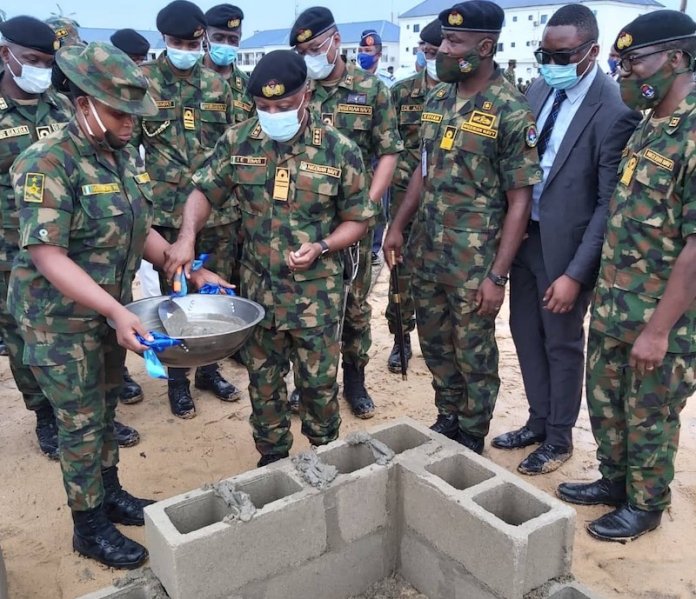 Chiemelie Ezeobi writes that to get a first hand feel of commands and units across the country, the Chief of the Naval Staff, Vice Admiral Ibok-Ete Ibas, recently embarked on a tour that cut across the Central, Eastern and and Logistics Commands in the South-south

Just as discipline is the bedrock of any military formation, professionalism is another important virtue that is dear to the military, as this confers on them the need to live up to their responsibility in protecting the nation’s borders against external threats, while assisting with other security agencies to preserve the peace internally.

Same holds true for the Nigerian Navy (NN) under the leadership of the Chief of Naval Staff (CNS), Vice Admiral Ibok-Ete Ibas. Amidst daunting challenges, the service has lived up to the strategic mandate it emplaced on fleet renewal, infrastructural development, as well as human resource management towards a secure maritime environment for enhanced national prosperity

The CNS, who has in the last five years, placed premium in transforming the navy into a service well equipped to tackle contemporary challenges is ridding on the wings of his mission statement which is ‘To deploy a naval force that is well trained, organised and highly motivated to discharge its constitutional roles professionally and efficiently for the defence of Nigeria in ensuring her economic prosperity’.

Thus, to assess the operational readiness of commands in the Central, Eastern and Logistics Commands in the South-south, the CNS recently embarked on an inspection tour.

During the tour, it was obvious the sweat poured in by the naval headquarters has paid off in addressing some of the needs of the commands through comprehensive upgrades, renovation and phased furnishing of units.

The tour started off last week Monday with an inspection of the Logistics Command in Oghara, Delta State. He was received by the Flag Officer Commanding, Logistics Command, Nigerian Navy,
Rear Admiral Sileranda Samaila Lassa.

As part of his tour, the CNS went to the Central Naval Command Headquarters, Yenogoa, Bayelsa State and also performed the foundation laying ceremony for a medical centre with support from
Commodore Patrick Effah, Commodore Bara Iyalla. He was received by the FOC, Rear Admiral Saidu Garba.

He also went to the Nigerian Navy Basic Training School (NNBTS), Port Harcourt, Rivers State, where he interfaced with the team and also inspected the jetty at the school.

During his working visit to the Logistics Command in Oghara, he highlighted that the purpose of the visit was to assess the transformation and progress made at the command, since the assumption of office by Rear Admiral Lassa as FOC.

The CNS during the reception organised in his honour informed all that the last time he was at the command, he was concerned about the future of the NN as the support required from the LOC were not forthcoming as expected with regards to sustaining the fleet, units/ establishments and considering the huge investment the federal government is expending in running the Armed Forces. He further stated noted that without robust logistics, having a functional system will be a mirage.

Months down the line, Ibas said: “I am happy to state, that, from what we see, I believe that we are on the right path. An outstanding transformation of the command and facilities. Bravo Zulu – Keep it up”.

Vice Admiral Ibas further observed, despite the huge achievements made by the command, that there are so much still begging to be accomplished. “I want believe the FOC, Command Principal Staff Officers and Commanders of Units under the command will not rest on their oars in order to sustain this remarkable and unprecedented progress made”, he added.

The CNS reminded personnel of the command on the current security challenges in the nation and called for more commitment and sacrifices from all and sundry to overcome these challenges.

Also, he called on everyone to abide by the COVID-19 established protocols promulgated by the NCDC as well as dedication toward observing social distance, regular hand washing and avoiding crowded spaces.

Other projects inspected were the completed three blocks of 4 x 1 bedroom accommodation of junior officers, ongoing construction of ratings transit accommodation and gymnasium where the CNS planted a tree to support the command’s Tree Planting Campaign.

At Sapele, the CNS inspected the new Nigerian Navy Garment Factory with over 160 Industrial sewing machines. 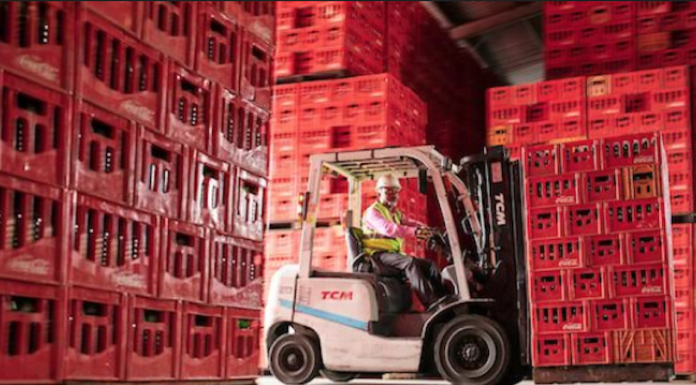