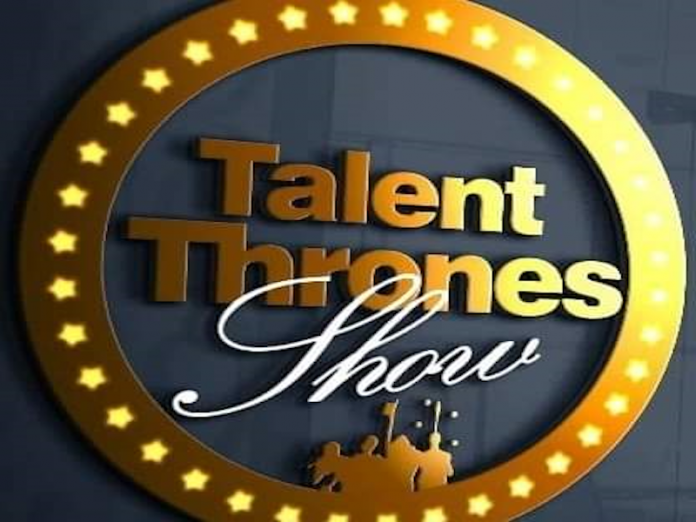 In their quest to nurture talents into greatness, the organisers of the Talent Thrones Show (TTS) are set to promote 25 credible and creatives on an annual basis. Established as a non-profit initiative, Talent Thrones Show (TTS) is created to amplify the voices of emerging creatives with its team of international volunteers drawn from Nigeria and other parts of the globe including Ukraine, UK, US and Canada. Beyond the talents, the goal is also to raise positive influencers.

Unlike any platform of its kind, the show promotes decency, professionalism and grooms participants for artistic excellence.

According to Gideon Etireri, the Executive Committee member, TTS, the core values of the Talent Thrones Show (TTS) are team work, transparency and service. It is expected that the discovered talents would impact their society positively through contributions to the economy and as a means for social service.

The show hopes to attract contestants with varied talents in dance, singing, comedy, monologue and poetry. Though the online registration for the show kicked off on September 28, the online video submission will be received till October 11. The online audition is slated for October 24. Out of the received entries, only the first 50 video entries would be considered for each genre. The show is open to Nigerians from the age of 18 who have a form of national identification.

On his part, Koffi expressed gratitude at being part of the show and counted as a privilege. MC Abbey said he felt it would be a deep way to connect with people of talent who have no platform to showcase talents. He said that the mentorship part of the show is unique and would help create positive influencers in the society.

While reflecting on the challenges that the organisers have encountered in the conception stage of this project, funding as well as workforce capability were listed. This is why their activities are being driven by volunteers. They hope to use a minimalistic approach for the inaugural show with the judges, technical and digital back office personnel as volunteers.

The organisers are looking forward to sustaining a year-long mentorship programme and are working towards genuinely interested contestants to be part of this. The mentorship team is made up of professionals and academicians and the idea is to help form contestants’ positive character that would outlive the show.

On the virtual structure, one of the volunteers for the show, Mr Kunle Abisoye revealed that some state of the art equipment would be used for the pre-recorded sessions. In addition, there will be live performances that would be streamed to the audience.