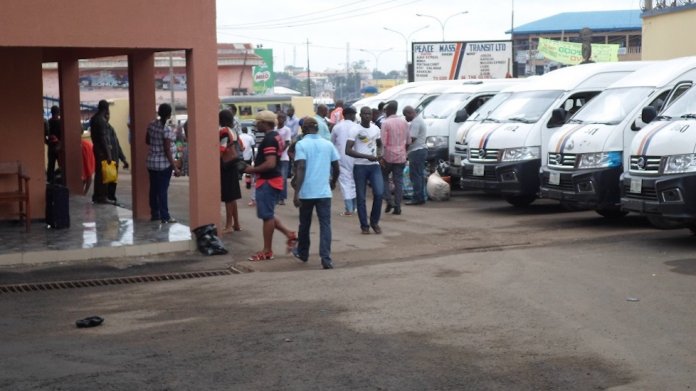 Private commercial buses operators under the aegis of Association of Private Transport Company Owners of Nigeria (APTCON), have advised commuters to brace up for difficult times ahead as transport fares could increase by up to 500 per cent in the coming weeks.

The announcement was made yesterday at the general meeting of the association where they cited multiple taxations as a major challenge facing their businesses.

At the meeting, the transporters who mostly operate interstate buses unanimously agreed that increasing fare prices across the country may be their only chance of survival.

They specifically accused the government of worsening the situation through multiple and unlawful taxation, and levies among others.

Speaking to journalists, one of the members of APTCON, who spoke on condition of anonymity, said the government simply does not care about the masses.

The member, who did not want his name mentioned in print, said: “Passenger transport companies are always being exploited by the government especially at the state and local government levels. In just two months, I have paid close to N10 million in taxes for just three of the locations I operate from.

“How much are we making from this business especially with this new law about social distancing in buses, which requires us to carry a maximum of seven passengers in a 14-seater bus and 28 passengers in a 50-seater bus?”

The transporter accused the governments of always quick to charge and enforce taxes when they do not give them any support whatsoever.

He said: “Government is quick to charge and enforce unlawful taxes and do not give us any support whatsoever. How do we survive?”

In the same vein, the association’s spokesperson, Mr. Audu Gaddo, stated that the government is making it impossible for transporters to operate profitably.
Gaddo said while numerous issues plague the sector such as high exchange rates, high interests on bank loans and others, one of their toughest challenges remains multiple taxation.

He disclosed that one of their member organisations just received a demand notice of close to N7million from one local government area in the country.

He argued that the high, unsubstantiated and unlawful charges, which are predominant across the country particularly in places like Lagos, Abia, Rivers, Imo, Enugu, Kaduna, Delta states, as well as the Abuja Municipal Area Council, affect transporters’ ability to remain in business, pointing out that they have no option than to consider fare increase.

Audu called on the government at all levels to put the interest of the citizens first by addressing some of the other issues plaguing the Nigerian transport industry.

He identified the challenges to include; bad roads, unwarranted harassment of passengers by law enforcement officers and insecurity instead of focusing purely on financial gains.

He called on the government to take strategic steps to end the shameful exploitation of transporters to avoid making innocent commuters suffer needlessly.