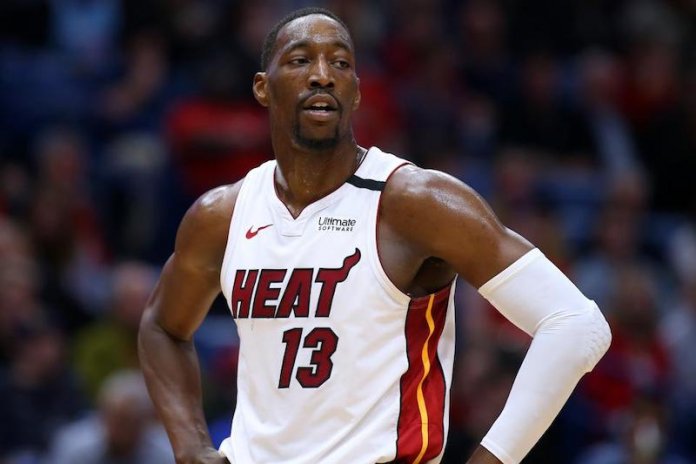 Basketball fans in Nigeria are in frenzy over the prospects of having Miami Heat Centre, Femi ‘Bam’ Adebayo, playing for D’Tigers.

The 2017 NBA 17th draft who at the end of the 2019–20 seasons, finished as runner-up as the Most Improved player in the NBA was recently named in the NBA All-Defensive Second Team.

With a consistent and eye-catching performance, Bam Adebayo according to many Nigerians will greatly improve and perfectly fit into the DTigers team.

Reacting to the clamor by Nigerians for the Nigeria Basketball Federation to woo Bam Adebayo to play for Nigeria, NBBF President, Musa Kida said impossible is nothing.

Kida in a recent statement opined that the DTigers meteoric rise in global basketball has recently changed the narratives with many Nigerians now interested in representing their father land.

“Before now, players like Josh Okogie and San Antonio Spurs player, Chimezie Metu would have had a second thought about playing for Nigeria, but when the Technical Crew presented the project to them, they were excited and they jumped on it.”

“Having Bam in the national team is a possibility that we are considering as a federation ahead of the 2020 Olympics and beyond.

“We are excited about how far he has gone and what he can achieve in his career with DTigers if he chooses to play for Nigeria”, Kida said.

While congratulating the player, Kida said the story is inspirational for many who are finding it difficult to stay focused as the effects of Covid-19 bite hard on the organized sports in Nigeria.

“Just early this year, Gabe was playing in the G-League with Stockton Kings before his hardwork and consistency was recognised which earned him a two-way deal with Miami Heat and Sioux Falls Skyforce.

According to Kida, the relationship has been symbiotic for all parties involved.

“Playing for DTigers has helped in improving the team while the national team has also provided him a platform to show his talents at the biggest global basketball event”.

For many Nigerian players at home and abroad who are finding it difficult to motivate themselves to strive for greatness, Kida said the latest achievement of the 2020 NBA G-League’s most improved player should serve as an inspiration to them.

“With consistency, hardwork and dedication, success is guaranteed. What the federation has achieved so far or what you see Gabe achieving now is not accidental. It took years of preparation”.

Gabe earned his first international cap for Nigeria at the 2019 FIBA World Cup in China where he averaged 11.4pts (49th best shooter at the world cup) and 1.2rebs.